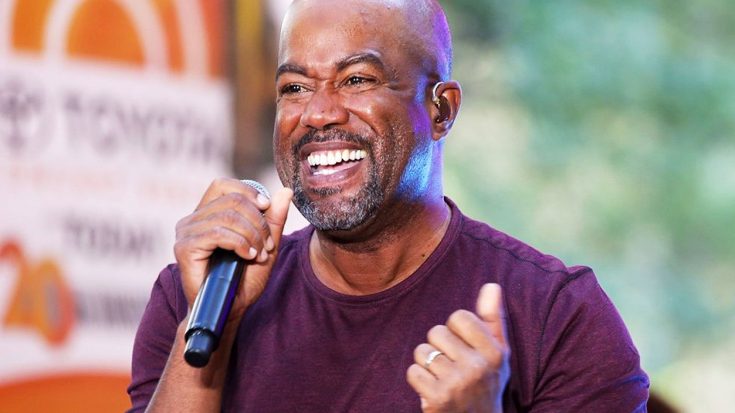 Country music singer Darius Rucker has always been a man with the love of sports, and now he can properly get his athletic fix beyond the riveting games! Rucker has just partnered up with MGC Sports Agency for a walk off the side lines and into the play, as Alan Bullington extended an offer to the singer that he just couldn’t refuse!

MGC Sports Agency, a recent merge between the former One Degree Management and MCG law firm, represents a variety of players, and even coaches, in the worlds of golf and football. The agency currently works with various players, including big name golfers such as Ben Crane, Troy Merritt, Steve Stricker and Kenny Perry.

Billington told ESPN of his comical conversation with the singer that ultimately led to the partnership, as he said Rucker countered his offer with “You aren’t serious, are you?”

The “Wagon Wheel” singer is expected to drastically cut his tour dates from 100 days a year to a mere 30, significantly opening up his schedule to the opportunities this new venture is hoping to bring.

Rucker admitted, “If I didn’t see Jay Z crushing it in the business like he is, I probably wouldn’t have done it.”

Calling it a “cutthroat business”, the singer explained,

“I think I have a lot to offer, coming from my upbringing to where I got to. We’re not going to be that firm that offers $100,000 marketing guarantees as loans, but I think we’re going to get the right kids.”

﻿It is clearly game on for this country crooner! What do you think of the new sports move?