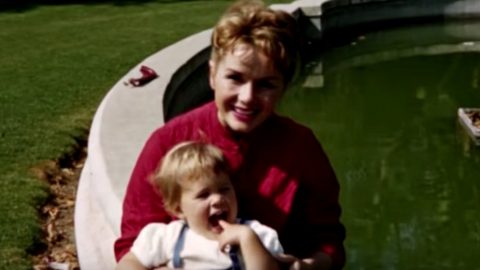 The Golden Globe Awards aired Sunday (January 8) and, in a rare tribute, honored iconic Hollywood actresses Carrie Fisher and Debbie Reynolds. The awards show rarely pays tribute to those who died the previous year, so it was especially touching that the show took the time to pay tribute to the mother and daughter who died within one day of each other in late December.

“This past year, we lost so many legends and icons,” host Jimmy Fallon said during Sunday night’s broadcast. “But a few weeks ago, we lost a mother and daughter within just a couple of days, and it was a terrible loss that we all felt.” He then introduced a brief montage of Fisher’s and Reynolds’ best movie moments. The tribute included clips from Singin’ in the Rain, When Harry Met Sally, and Star Wars and was set to Reynolds’ vocals for “You Made Me Love You.”

Fisher, best known for her role as Princess Leia in Star Wars, was aboard a flight from London to Los Angeles on December 23 when she went into cardiac arrest. She passed away four days later at the age of 60.

The day after her daughter’s death, Debbie Reynolds passed away at the age of 84.

According to death certificates obtained by TMZ, Fisher’s cause of death was listed as “cardiac arrest/deferred.” More testing will be done by the Los Angeles County Coroner’s Office to determine what caused Fisher’s massive heart attack.

According to Debbie Reynolds’ death certificate, the Singin’ in the Rain star died from a blood vessel that ruptured and caused bleeding in her brain. Her official cause of death was an intracerebral hemorrhage.

Reynolds and Fisher were honored in separate memorial services before being laid to rest at Forest Lawn Memorial Park in Los Angeles.

Watch the Golden Globes’ touching tribute in the video below.