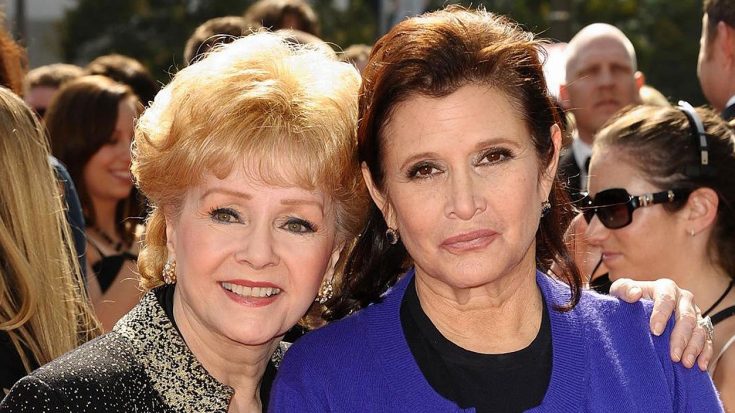 Tuesday (Dec. 28), a family spokesperson released a statement on behalf of Carrie Fisher’s daughter, Billie Lourd. “It is with a very deep sadness that Billie Lourd confirms that her beloved mother Carrie Fisher passed away at 8:55 this morning,” the statement read.

Reynolds, 84, was mourning the loss of her only daughter and was at her son Todd’s house on Wednesday (Dec. 28) when 911 was called.

Reynolds had released a statement via Facebook just hours after Fisher’s passing.

“Thank you to everyone who has embraced the gifts and talents of my beloved and amazing daughter. I am grateful for your thoughts and prayers that are now guiding her to her next stop. Love Carries Mother,” the statement read.

According to TMZ, Reynolds was at her son’s house discussing funeral arrangements for Fisher.

An accomplished singer, dancer, and actress, Reynolds was a true triple threat and appeared in countless movies including Singin’ In The Rain, The Rat Race, How The West Was Won, and How Sweet It Is to name a few.