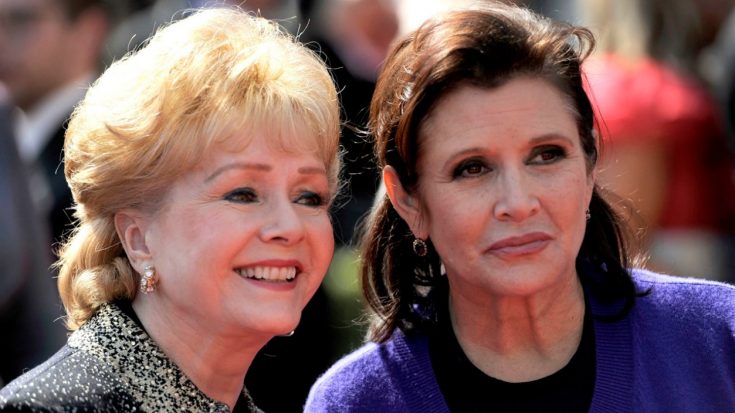 It’s been a heartbreaking year for the entertainment community as we’ve lost many incredible talents including Prince, David Bowie, Glenn Frey, Joey Feek and Merle Haggard. But, it’s the latest losses of Hollywood icon Debbie Reynolds and her daughter, actress Carrie Fisher, that have stunned the world.

Fisher, best known for her role as Princess Leia in the Star Wars movies, passed away Tuesday (December 27) at the age of 60 after going into cardiac arrest a few days prior. Her mother, mutli-talented Hollywood legend Debbie Reynolds, passed away just one day later while planning her daughter’s funeral with son, Todd.

Todd Fisher spoke to TMZ about his 84-year old mother’s final moments saying that just fifteen minutes before suffering a fatal stroke, Reynolds told Todd that she wanted to be with her daughter.

“I miss her so much, I want to be with Carrie,” Reynolds told her son while planning Carrie’s funeral. Minutes later, she suffered a stroke.

Reynolds passed away shortly after.

Family sources told TMZ that the “Singin’ In The Rain” actress actually had several strokes this year and was in failing health, and they believe that Carrie’s death was more than she could bear.

Our prayers are with the family and friends of Carrie Fisher and Debbie Reynolds during this difficult time.