Derek Hough Will Not Be Returning To ‘Dancing With The Stars’ 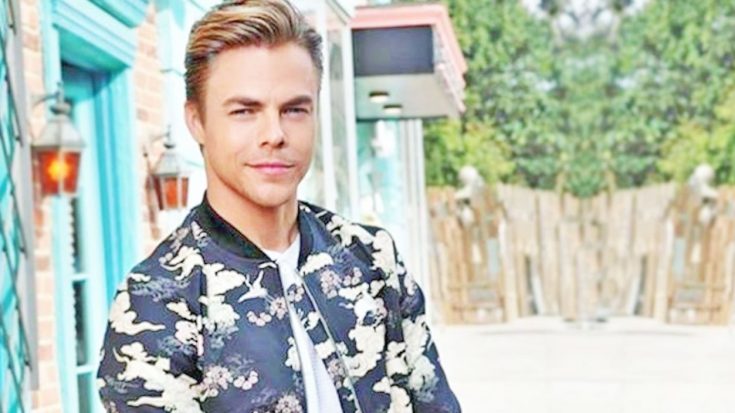 After seventeen seasons and six championship titles, Derek Hough has made the decision to leave Dancing with the Stars. So what’s on the horizon for the 31-year-old professional dancer?

Turns out when international superstar Jennifer Lopez asks you to do something, you say yes. Hough will be joining Ne-Yo and Lopez at the judges table on NBC’s forthcoming reality show, World of Dance.

Here's the exciting news I've been hinting at. Thrilled to be joining @jlo and @neyo with the amazing new show 'WORLD OF DANCE'. I cannot wait to see the amazing talent we will uncover on this new incredible adventure! #WOD #DANCE #1millionDollars #dancers #livewithpassion #nbc

World of Dance is a dance competition show in which three age divisions composed of either a solo or group act compete for a million-dollar prize as well as the coveted title of “Best in the World.”

“Jennifer, Derek and Ne-Yo are three of the most accomplished dancers of their generation, and their incredible insight from the judges’ table will be both inspiring and wholly constructive to the world-class level of dancers who are competing on the show,” Universal Television Alternative Studio President Meredith Ahr said in a press release according to TV Guide. “We feel so very honored that the three of them are giving back to the dance community in this way.”

While World of Dance won’t premiere until next year, you can catch Hough in the upcoming Hairspray Live special airing Dec. 7 on NBC.

So what do you think? Are you sad to see him leave or excited to see him on the other side of the judging table? Let us know in the comments!