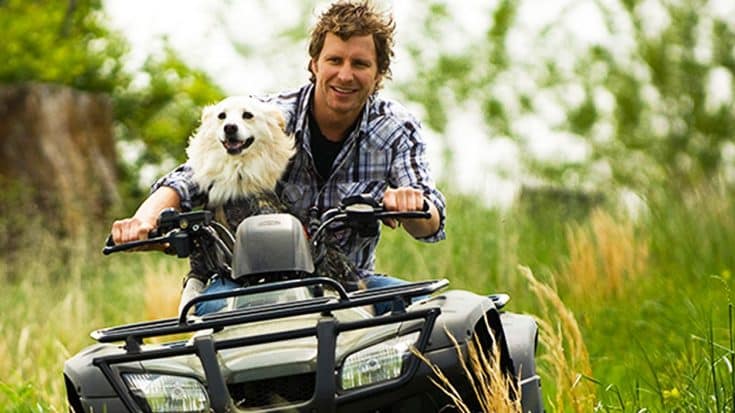 It is said that there is no bond like that of a man and his dog and, in the case of country music artist Dierks Bentley, that ideology hits home. While hiking up the rocky dirt road to fame and success, Bentley enjoyed the tail-wagging company of his canine companion, Jake.

In addition to Jake having a front row seat to Bentley’s musical uprise, marriage, and formation of a loving family, Jake also graced the cover of Bentley’s 2013 album.

Unfortunately, after the duo’s impressive fifteen year run, Jake passed away from cancer. Bentley has expressed his gratitude for the now cherished times that he spent with his best friend at his side in a recent interview with CMT.

“My life’s changed and he’s made those changes with me,” Bentley tells his fans.

“My wife and I were very conscious (that) when his quality of life reaches a certain point, that’s it…We’re not going to watch him lose his dignity at the end. So we made a decision,” explains Bentley.

He goes on to tell of Jake’s eventual difficulties with his mobility. While that problem was diagnosed as simply a slipped disc, it would be the cancer that ultimately claimed Jake’s life roughly six months later.

Bentley also told sources that Jake will be his last dog. After all, a furry friend like that only comes around once in a lifetime.

A few weeks back, Bentley made a tribute performance to Jake that broke the hearts of his audience and fans. Check out the emotional moment below.