By Miranda Raye on March 6, 2017
Advertisement 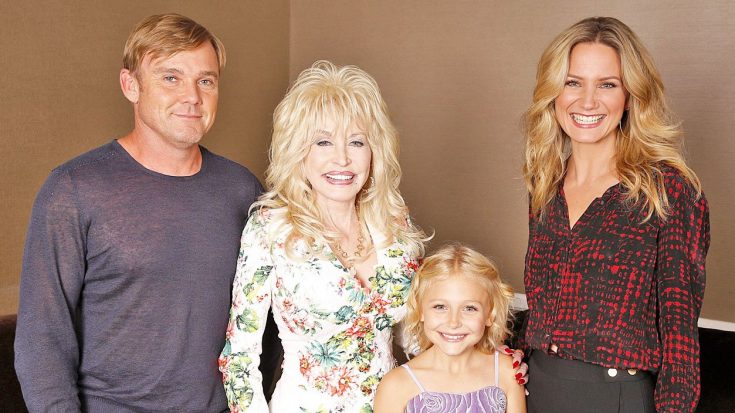 In 2015, Parton charmed her way into the hearts of millions when she released her television movie Coat of Many Colors. Based on her song of the same name, Coat of Many Colors told the story of Parton’s childhood growing up near the Smoky Mountains in Tennessee.

Through the film, Parton’s fans got the chance to know her parents and siblings better than ever before. They learned all about the hardships that they faced together, and how their love of faith and family helped them through it all.

After Coat of Many Colors debuted to record-breaking numbers, Parton decided to move forward with an additional film. Its sequel, Christmas of Many Colors: Circle of Love, was released in 2016 and was equally well-received.

Now, Parton is gearing up to release a new show that tells more of her family’s story. But this new show is different from the Coat of Many Colors films in a couple of ways.

First of all, this new show will be hosted on the stage instead of the television screen. As announced in a press release on Monday (March 6), Parton is opening a new dinner theatre show at the former Lumberjack Adventure theatre in Pigeon Forge.

Parton shared that like her television movies, this new dinner theatre show will tell the story of her family. However, this show is different in the fact that it tells her family’s story before she was born.

“This new story is very special to me,” Parton said. “That is why during my first visit to the Great Smoky Mountains this year I will open a new show that celebrates my family before I was born…I knew this was a story I wanted to tell.”

As of right now, the production is set to start at some point in the spring. Jim Rule, the CEO of World Choice Investments, LLC, stated that more details about the show will be released soon.

We can’t wait to learn more about Parton’s new show! In the meantime, enjoy watching the trailer below to her first television film, Coat of Many Colors.