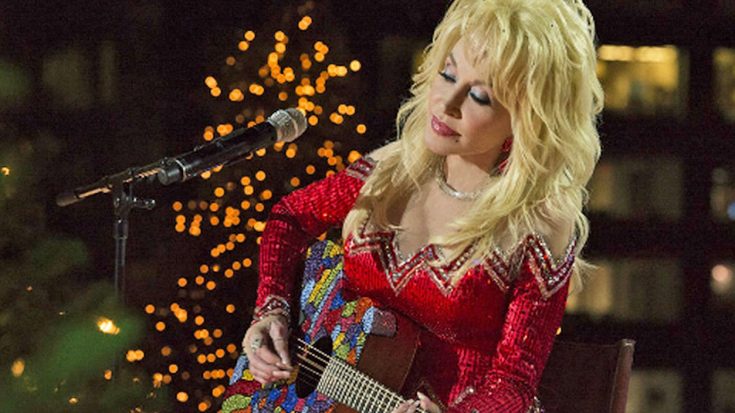 The star-studded 2016 Christmas In Rockefeller Center was one for the books as the event celebrated its 19th annual telecast. With incredible names such as Neil Diamond, Garth Brooks, and Tony Bennett expected to partake in their holiday performances, the audience, and everyone watching from the comfort of their own homes knew they were in for an unforgettable night.

While each performer left their own unique, musical handprint on their audience, legendary country singer Dolly Parton chose this opportunity to showcase one of her then-new holiday songs “Christmas Of Many Of Colors,” featured in her 2016 TV movie Dolly Parton’s Christmas Of Many Colors: Circle Of Love.

TONIGHT AT 9: Channel 3 and NBC re-air Dolly Parton's "Christmas of Many Colors: Circle of Love." pic.twitter.com/BAkuvzUBjQ

The holiday song, similar to Parton’s 1971 hit “Coat Of Many Colors,” captures Parton’s childhood memory of the Christmas in which her father and young siblings joined together to gift their mother with a wedding ring.

The song speaks of not only incredibly trying times of financial hardship but of an abundance of love. As Parton performed, the crowd was silent, desperately listening to the moving lyrics she sang that told a warm and fulfilling story despite the saddening details of struggle.

While the legend did, in fact, sing her lyrics, she also performed in a storytelling manner, quietly conveying her youthful memory as if she were sitting around a campfire.

Parton was gifted with vibrant applause as she whispered to her audience, “Merry Christmas, everyone.”  Listen to her moving performance below and tell us what you think!