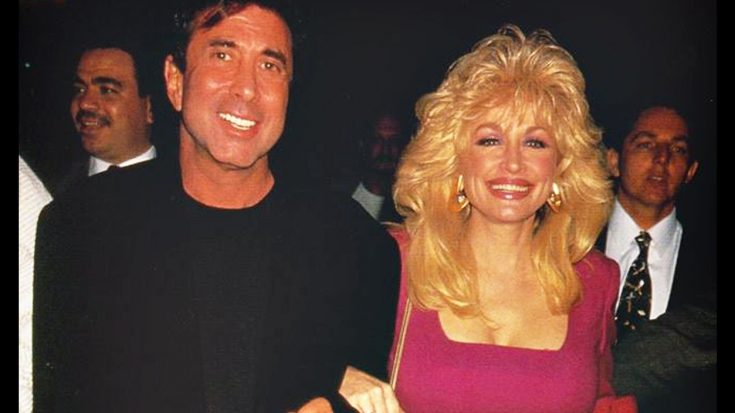 In a unexpected and tragic moment, this country legend has suffered another devastating loss, this time the death of a man who was obviously very close to her heart and someone she spent a great deal of time working with throughout the 70s, 80s, and 90s.

Sandy Gallin, a Hollywood legend often known for his career managing a seemingly-endless number of high-profile celebrities and later becoming a high-end home designer has passed away at the age of 76.

Gallin, who managed the careers of people like Cher, Donny and Marie Osmond, Nicole Kidman, Olivia Newton-John, Michael Jackson, Neil Diamond, and many more also worked with country music royalty, Dolly Parton, as her manager for a period of time.

Following their relationship with Gallin managing Dolly’s career, the two later worked together and formed a television production company Sandollar Productions. This new venture was a success for both of them and during its run with Parton and Gallin, Sandollar produced hit movies and television shows like, Father of the Bride, Kicking and Screaming, Sabrina, Rhinestone, Straight Talk, Buffy the Vampire Slayer, and several of Dolly Parton’s made-for-TV specials.

She revealed how much she cared for Gallin and the profound impact he had on her life and career through a touching statement in her 1994 autobiography, Dolly: My Life and Other Unfinished Business.

“I instantly felt as if all my life I had been waiting for Sandy. In that one moment, I realized I had found someone who understood me completely. That made me want to cry.”

Earlier in April 2017, Gallin was hospitalized with complications stemming from the return of a type of blood cancer known as multiple myeloma. He fought for his life, but ultimately succumbed to the disease after spending more than a week in the intensive care unit.

The news of his passing comes just weeks after the Parton family mourned the loss of Dolly’s 36-year-old niece.

Our thoughts and prayers are with Dolly and Sandy Gallins’ family during this difficult time.

Watch the clip below of the movie that Gallin and Dolly worked on together in the 90s, Straight Talk.