By Jennifer Pernicano on July 13, 2017
Advertisement 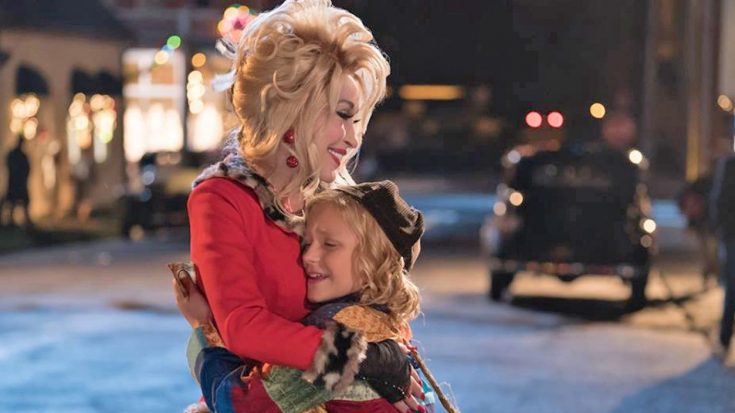 Due to the success of Dolly Parton’s 2015 TV movie Coat of Many Colors, they filmed and released a sequel the next year called Christmas of Many Colors. Millions of viewers tuned into both movies, whose plots were based on real events that happened in Parton’s life.

After both movies, Parton, along with the cast and crew, had lots to celebrate, pulling off two extremely successful TV movies, causing NBC to rebroadcast them both just a few weeks later.

It seems that Parton has yet another reason to celebrate – Christmas of Many Colors was just nominated for an Emmy!

On Thursday morning, actress Anna Chlumsky and actor Shemar Moore announced the nominees for this year’s Emmy Awards, which will take place on Sunday, September 17 and will be hosted by Stephen Colbert.

Dolly Parton’s Christmas of Many Colors is nominated in the Outstanding Television Movie category and is up against Black Mirror: San Junipero, The Immortal Life Of Henrietta Lacks, Sherlock: The Lying Detective, and The Wizard of Lies.

The movie stars country singer Jennifer Nettles as Parton’s mother, Ricky Schroder as her father, and Alyvia Alyn Lind as young Dolly, while Parton makes an appearance as “The Painted Lady”, whom Parton modeled her look after.

Congratulations to everyone that had a part in making this wonderful TV movie! Watch the full trailer below.