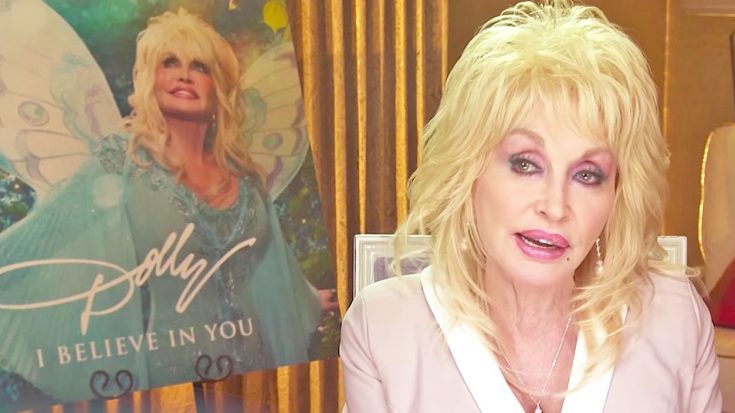 In October 1971, Dolly Parton released what would go on to become one of her most beloved songs. Titled “Coat of Many Colors,” the song tells the story of Parton’s childhood, and specifically focuses on a coat her mother sewed for her out of colorful scraps of fabric.

Although Parton and her family were poor, she sings of feeling “as rich as [she] could be” in her coat of many colors. This joyful feeling originated not only from the coat’s bright colors, but from the love her mama sewed into each stitch.

Sadly, others did not find as much happiness in Parton’s coat as she did. She sings of how she was bullied by the other children at school for wearing the coat. However, she didn’t understand why they were making fun of what she viewed to be a beautiful creation.

The brilliancy of “Coat of Many Colors” has never faded. It experienced a resurgence in popularity in 2015 following the release of the Coat of Many Colors film, which elaborates on the plot of the song. A children’s book inspired by the song and the film was then released in 2016, along with the downloadable version of Parton’s  anti-bullying song “Makin’ Fun Ain’t Funny.”

That song now appears on Parton’s brand-new children’s album I Believe in You, which was released on Friday (October 13). The album marks the first time that Parton has ever recorded a children’s record during her decades-long career.

According to a press release, Parton was inspired to record the album because of “her passion for fostering a love of reading amongst children and their families.” Back in 1995, Parton first helped foster that love for literacy through the establishment of her Imagination Library. Today, the organization operates in four countries and provides over one million children with new, age-appropriate books every month.

Parton’s Imagination Library and I Believe in You share a direct connection, as all proceeds raised from the album will go to the organization. Those who purchase the album will get the chance to hear a wealth of original songs, such as “You Can Do It,” “Chemo Hero,” and “Brave Little Soldier.”

In addition, the album also contains an entirely new rendition of “Coat of Many Colors.” Parton teased the new recording in an exclusive video interview provided to Country Rebel.

During the interview, Parton explained why she felt that “Coat of Many Colors” was the perfect song to include on the album:

“That little song has followed me for years. People relate to me about it. But everybody has been made fun of at some point in time, and that little song has really touched the lives of so many people through the years. And I thought that it would be good to let children hear it in their early years, and to think about what they do and how they treat people.”

After you watch Parton’s interview in the clip below, you can hear a short snippet of the new “Coat of Many Colors” recording. Want to hear the whole thing? Then be sure to download a copy of I Believe in You right away!

You can get your copy of the album by clicking here. Remember, all proceeds go to Parton’s Imagination Library, so your purchase is benefiting a great cause!