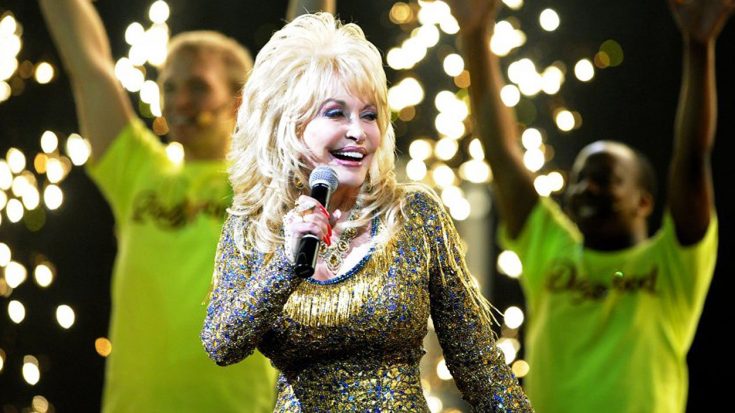 Dolly Parton has been exhausting all viable resources to play her part in not only rebuilding the town of Gatlinburg, Tennessee that was so tragically affected by a wildfire, but to also assist the affected families. Aside from creating the My People Fund in which she is personally contributing so families struggling from the wildfire’s damage are able to receive a monthly income intended for support and assistance, Parton also aired a telethon titled Smoky Mountains Rise.

The event showcased a large variety of singers from Kenny Rogers to Alison Krauss, all heartbroken performers who chose to dedicate their time and talent to supporting Parton’s efforts in raising money after the unexpected tragedy that took countless structures and 14 lives.

According to NashvilleGab, Parton’s initial goal for the evening was a staggering 13 million. Despite trying times, the country legend was able to raise a whopping $2.1 million with her efforts and the generous donations of fans and fellow artists.

Although the star-studded event has ended, those wanting to contribute can still do so at the following site: dollywoodfoundation.org

Congratulations on this admirable success and for making an effort to help those in need!