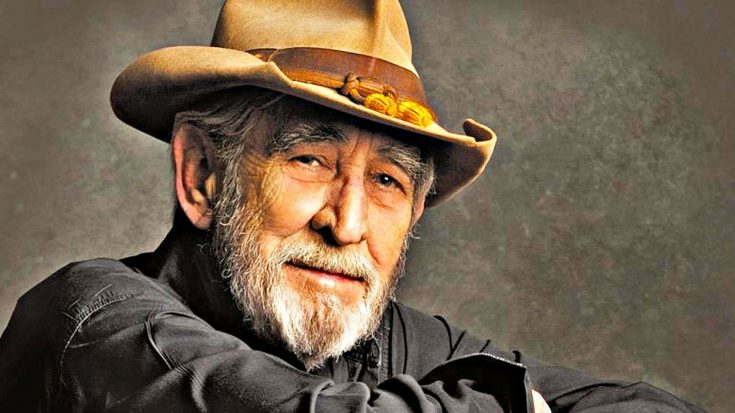 To honor the legendary man that brought so much to the world of music, folks at the Country Music Hall of Fame have opened their doors for a memorial service just several weeks after his tragic passing.

Don Williams was named the CMA Male Vocalist of the Year five times and often was called the “Gentle Giant” throughout the course of his nearly 50-year career in country music. He passed away on September 8th, 2017 at the age of 78 following complications with emphysema.

Earning more than 15 No. 1 country hits and selling millions of albums throughout the decades, Williams quickly made his name in the industry and became a staple of any true country music collection, later being called one of the most influential legends to ever hit the charts.

A memorial service in honor of Williams and his legacy in music will be held on September 27th, 2017 at the CMA Theater in Nashville. The CMA Theater is part of the Country Music Hall of Fame campus and is located at 222 5th Avenue South. The service is intended for the music industry, friends, and family. Doors will open at 4:00 p.m. with services beginning at 4:30 p.m.

Williams was best-known for his hits throughout the 70s and 80s like “Some Broken Hearts Never Mend,” “Tulsa Time,” “It Must Be Love,” “Good Ole Boys Like Me,” “If Hollywood Don’t Need You (Honey I Still Do,” and many more.

Our hearts, thoughts, and prayers are with Williams’ family during this very difficult time.