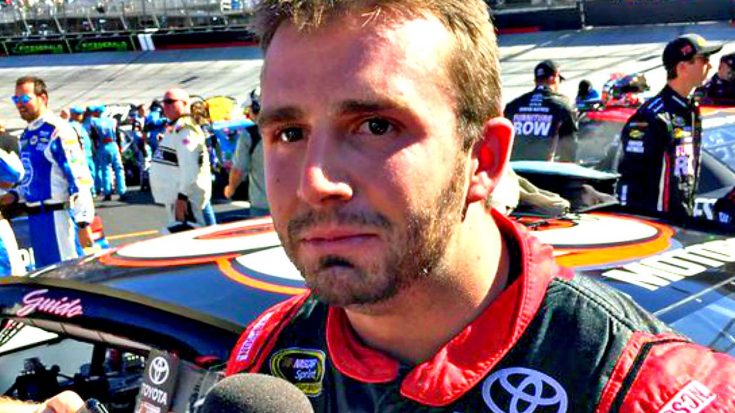 Following a really hard hit during this weekend’s race, he was suspended indefinitely for exhibiting ‘symptoms of a concussion’.

Nobody probably knows more about handling a concussion and the importance of treatment than Dale Earnhardt Jr., but this young driver is fighting against doctors’ diagnosis and NASCAR’s ruling.

During an Xfinity Series race on Saturday, Matt DiBenedetto had a hard-hitting crash send him to the infield medic center where they examined him under strict NASCAR protocol to ensure he was alright.

NASCAR officials stated that following his visit to the infield medical center, he was diagnosed with a concussion and had been suspended following their ‘concussion protocol’.

While they are looking out for his best interests in what could be a career-ending injury (if it goes untreated) DiBenedetto flatly stated his disagreement with their diagnosis.

“I know my body, and I know I feel perfect,” he told NBC Sports.

DiBenedetto blamed the diagnosis on several behaviors that he exhibited and says that his delay in lowering his window for workers was due to traffic near his car adding that his left knee had been stiff which caused him to walk funny off the track.

“That may have worked against me because it’s always real stiff after every race,” he said. “So that was a circumstance.”

The driver has been placed on a driving ban until he is seen by a “board-certified neurologist or neurosurgeon” who has a “minimum of five-years’ experience” in treating concussions/head injuries from sports.

Watch the video of his rough crash below.