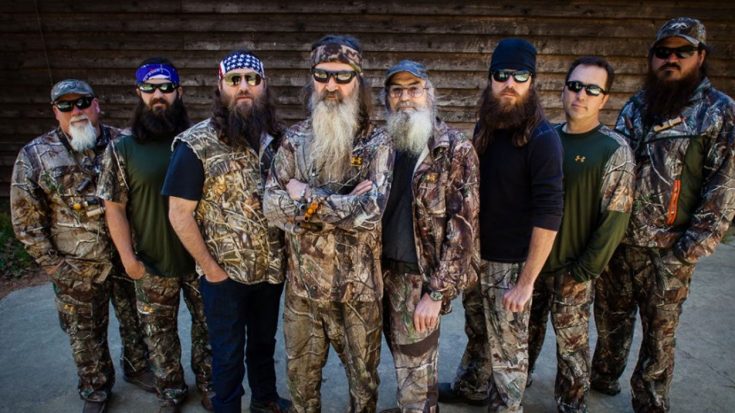 The guys from Duck Dynasty are super recognizable thanks to their super long beards, bandanas or hats, and they are more than often wearing some sort of camouflage clothing.

In a new episode of Duck Dynasty, Willie, Si, Jep, and Jase are somehow convinced that they need new looks. Luckily for them, Willie’s daughter, Rebecca, owns and operates her own clothing store appropriately called Duck and Dressing.

Jase revealed his new look first. He was dressed in black jeans, a white Hensley-styled shirt, and a denim button down with a forest green hat and sunglasses.

Willie wore a stylish green button down and a leather baseball cap. Si was dressed in a paisley print button down shirt, black jeans and a black hat. Jep wore aviator sunglasses, a black t-shirt, and a camo print jacket tied around his waist. He topped off his look with a man bun and a key necklace.

The guys hilariously posed for the camera in the most fashionable way possible. What do y’all think of their new looks? We think their wives will LOVE it! Watch their reveals in the video below.