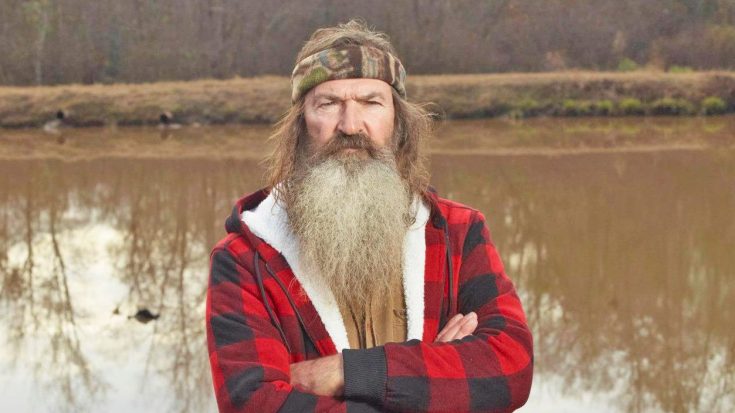 Months after the hit reality show he and his family starred in for five years, the Robertson family patriarch is making his return to television.

Phil Robertson and the rest of the Robertson clan rose to fame thanks to their A&E show Duck Dynasty, which centered around the booming family business, Duck Commander.

Phil started the duck call company in 1972 and thanks to his son Willie’s business savviness, they took it from a small family business to a multi-million dollar empire.

Now that Duck Dynasty is over, all the family members have had a lot more time on their hands, with Phil focusing his on politics. He has always been outspoken about his political beliefs, and now he has been given a place where he can do so unapologetically.

CRTV is a digital subscription network that is launching a new show, starring Phil,  called In the Woods With Phil. He will be, like that title says, in the woods talking about his political and religious beliefs.

“For far too long we have been told to shut up. No more,” he says in a preview of the show. “Here’s the deal, America. These are my woods. Out here, I call the shots. Out here, we reject political correctness, or as I like to say, ‘pontificated crap’.“

Will you be tuning into CRTV to watch his new show? Let us know in the comments. Watch a preview In the Woods With Phil below.

Phil Robertson Is Starting a Fire …

For far too long, we've been told to shut up. Well no more!

Get ready for my new CRTV show, "In the Woods with Phil." It's open season on political correctness ==> http://bit.ly/2xB4fqI

Posted by Phil Robertson "The Duck Commander" on Thursday, October 12, 2017