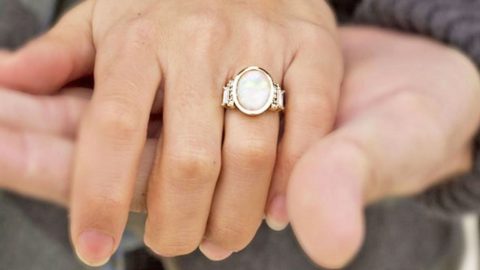 Willie and Korie Robertson have another kid getting married!

Last January, The Robertson’s oldest daughter, Rebecca, announced her boyfriend of over a year proposed, and she said yes!

Rebecca joined the Robertson family in 2004, when she was 16-years-old, as a foreign exchange student-turned foster child. She currently runs the retail store Duck & Dressing in Monroe, Louisiana.

She began appearing in Duck Dynasty episodes during Season Five and has proved to be a great big sister to John Luke, Sadie, Little Will, Bella, and now, Rowdy.

We have not heard much about her planning process, but we finally know the date!

The couple attended a gala on Thursday night (Oct. 6), where Rebecca shared a photo of her “forever date“.

She also included the hashtag “#58 days“, which is Saturday, December 3.

The next few months will keep the entire Robertson clan busy! Rebecca’s cousin, Reed, is getting married on November 4!

See the photo below.

My forever date in less than 2 months #58days #galainthegarden #wecleanupnice