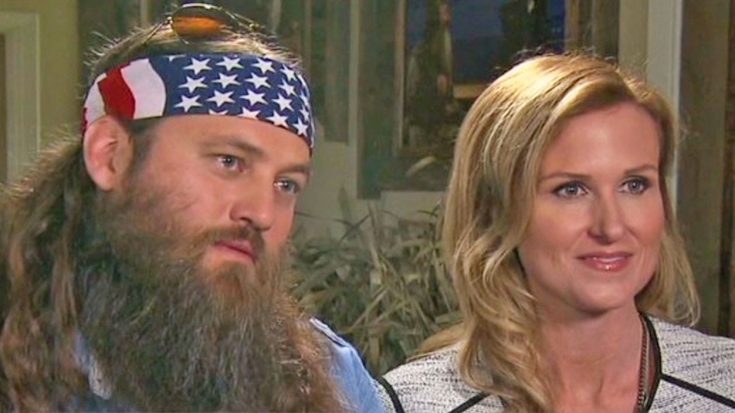 For the past five years, Duck Dynasty has been providing us with laughs, heartwarming moments and plenty of catchphrases.

The show aired its final episode on Wednesday, March 30 and centered it around the retirement of everyone’s favorite uncle, Uncle Si. If you follow any of the Robertson family members, you might know that they all get together to watch the episodes together and for the series finale they went all out.

They even invited Good Morning America anchor Jesse Palmer to take part in the festivities. Before the finale aired, the Boss Hog himself, Willie Robertson, took Palmer on a tour of the warehouse and gave him a little insight into what goes on in the duck call room.

The show, which apparently was Korie’s idea, captured the hearts of millions and aired for a whopping 11 seasons. Now that the show is officially over, the family intends on staying busy with Duck Commander and its spin off brands, Buck Commander, Fin Commander, and Strut Commander.

“For all those tourists out there that visit the factory, they’re gonna be building a high-tech virtual duck hunt room complete with holograms of Phil and Willie,” Palmer said.

Pack your bags folks! Looks like we’re heading to West Monroe, Louisiana! Watch their segment from Good Morning America below.