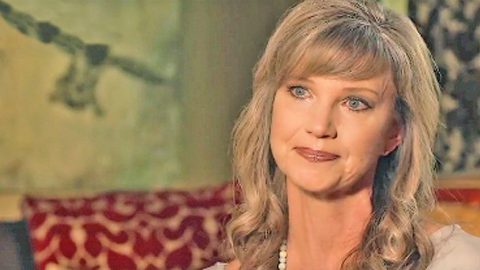 For the Robertsons from the hit show Duck Dynasty, family is everything. Over the five years the show was on the air, we watched their children grow up, graduate high school, and even get married.

Towards the end of the show, Missy Robertson, Jase’s wife, launched a jewelry company called Lamanin by Missy Robertson and every Friday, she gives updates on the company and her family including husband Jase, son Reed and his wife Brighton who live in Nashville, son Cole who just embarked on another semester of studying abroad, and daughter Mia.

This Friday (Jan. 12) was no different than the rest, except for the look on Missy’s face and the tone of her voice when the video began.

“I know it’s Friday and I normally do a Facebook Live update,” she said with a solemn look on her face. “This is not a real happy announcement.”

Fans could tell immediately something was wrong, and Missy didn’t take long to reveal some heartbreaking news. Her daughter-in-law’s father had passed away early Friday morning (Jan. 12).

“Brighton’s father, Dr. David Thompson, has passed away. He had pancreatic cancer and he battled it for over a year. He’s one of the strongest men I’ve ever met. One of the most hard working men, one of the most giving men, and he just lost that battle,” she said.

Brighton and Reed were married in October 29, 2016 and their wedding was filmed for an episode of Duck Dynasty.

That look when you just got away with something you never thought you could pull off…..

Brighton shared a sweet photo of her and her dad dancing in honor of his birthday in May of last year and you can tell they had a strong bond.

Today is my sweet Dad's birthday. Everyday I am thankful for his life but today we get to celebrate him a little extra. We celebrate because he lives a selfless life and I've always felt that that is one of the most important ways a person can live. He is hard working, and I mean I've never seen someone work the way he does. He works with the mindset that he is doing it solely for his family and for others. All he ever does is help others and he has always put his children first. I feel extremely blessed to have him as a father and I hope that I can be half the parent he is to me.

We are praying for Brighton and Reed, as well as Missy and the rest of their family as they mourn this heartbreaking loss. Watch her video revealing Dr. Thompson’s passing below.