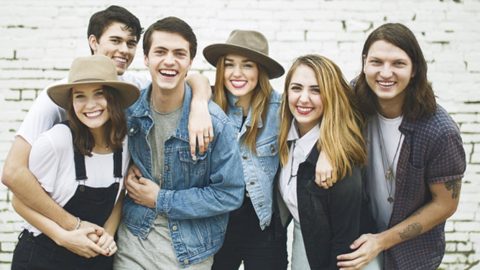 Over the last five years, we have gotten to know the Robertson family thanks to the very popular show Duck Dynasty.

Each Robertson brother, Willie, Jase, and Jep, have opened up their homes to us and let us in to their lives every week. We have pretty much watched all their kids grow up. Some have gotten married and moved out and now, two more are moving out of their parents’ houses and embarking on the next journey.

Sadie and Cole Robertson both graduated high school in May 2015, and instead of going to college right away, they put their educations on hold and went on a speaking tour with their siblings.

About a month ago, on Cole’s 19th birthday, proud mom Missy revealed that he was accepted to Pepperdine University and would begin his freshman year in January 2017. Well, the time has come for him to start his first semester at the Malibu, California Christian University.

Happy Birthday AND Congratulations to this kid of ours! Cole is 19 today and headed to Pepperdine University in January. #ProudMom

A few months ago, Sadie revealed to PEOPLE that although she will not be going to college right away, she will be relocating to Nashville, Tennessee.

“I’m actually moving to Nashville now because I fell in love with the show [CMT’s Nashville] so much and it inspired me, so I’m just goin’!” she said.

Sadie has a busy schedule ahead of her, and even though her new home base will be hours away from her parents, she will have family close to her. Cousin Reed and his new wife, Brighton, recently moved to Nashville as well.

Willie and Korie threw a New Year’s Eve party, which also served as a going away party for Cole and Sadie.

Thanks Willie and Korie for the Going-Away-New-Years-Eve Party for these two! Cheers to their new adventures! #HappyNewYear

Last home cooked meal for awhile for this California-bound Freshman, so he requested his daddy's shrimp & his mama's potatoes. #TheLastSupper ?

We’re wishing both Sadie and Cole good luck on their endeavors in their new cities!