Dustin Lynch Reveals What Luke Bryan Is Like Behind The Scenes

By Manly Bryant on August 25, 2016
Advertisement 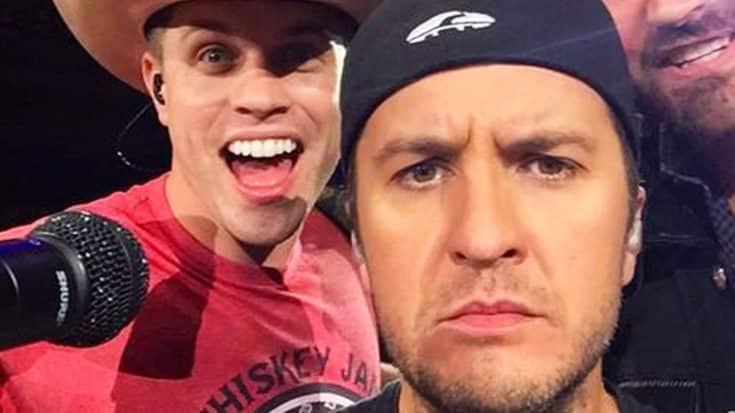 While touring nationally with the big kahuna, Luke Bryan, Dustin Lynch has had the opportunity, or possibly misadventure, of spending some serious one-on-one time with country music star! In a recent interview, Lynch openly described his touring experience that may have left him slightly scarred.

“He’s mean to me! He picks on me a lot,” the singer admits to WIN 98.5! Lynch continues to recall an encounter backstage that left an obvious impression!

“I was turning the corner coming out of catering the other day with my tray full of food. [Bryan] karate kicks it out of my hands, all over me, all over the hallway and just laughs and was like, ‘Thanks, dude!'”

While Bryan continues to be a chart-topping star, we think we speak for all when we say that some serious retaliation is needed! If there’s one thing you don’t come between it is a man and his food!

However, Lynch remains a good sport and establishes that Bryan’s pranks are all in good fun! Lynch continues to identify the similarities between the prankster and himself, saying “I think there is that camaraderie and likeness there.”

Lynch also admits that he would be open to, and genuinely desires, a collaboration with Bryan in the future! Not only would this give Lynch the opportunity for a killer song, but it will allow him the time to strategically plan his anticipated revenge against Bryan’s tomfoolery!

We’re sensing some epic payback! Be sure to check out Lynch’s new single “Seein’ Red” below!