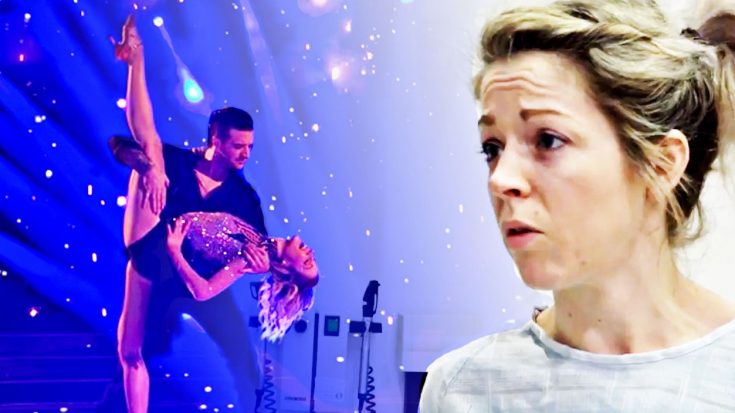 During rehearsals, the famous violinist suffered an injury that may force her to forfeit on Monday if doctors don’t allow her to perform or if the pain is too much to handle.

On Sunday, October 29th, Dancing With The Stars contestant Lindsey Stirling and her pro partner Mark Ballas were rehearsing for their upcoming appearance when Stirling suffered a “blunt rib injury and possible separation” according to a rep that spoke with Entertainment Tonight.

The injury could prevent the pair from moving forward in the competition and Stirling was rushed to the hospital for an examination immediately following the injury. In a video of the two in the exam room, Stirling welled up with tears while talking to Ballas about a possible forfeit.

“I push, push, push all the time — that’s why I’ve gotten to where I’m at,” Stirling said through tears. “I’m just so afraid that I might’ve pushed too far.”

Ballas is also quite concerned with the injury, saying “Today is Sunday, we perform tomorrow, so this is kind of, really nerve-wracking.”

Stirling first garnered fame with her appearance on season five of America’s Got Talent and has continued to stun and amaze audiences across the world ever since. She even has performed with beloved country singers like Jennifer Nettles and appeared on stage during the annual CMA Country Christmas event in 2016.

Now, making moves as a competitor on DWTS, Stirling was considered one of the frontrunners in this season when she and Ballas earned a perfect score last week for their Argentine tango.

We are saddened to hear of Stirling’s injury and pray that she makes a full and speedy recovery. No word has been given on whether or not she will be forced to forfeit tomorrow.

Watch the video below of her and Ballas’ exchange at the doctor’s office.