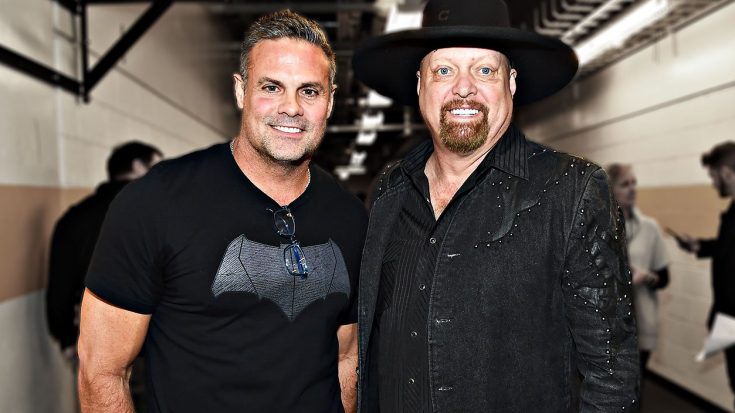 In honor of Troy Gentry who was tragically killed in a helicopter crash this past autumn, his remaining band members and close friends with whom he’d toured with over the last 20 years will push forward with a tour in support of Montgomery Gentry’s forthcoming final album with him, Here’s To You.

Montgomery Gentry was best known as one of country music’s hardest-rocking Southern duos and almost all of the band members had been part of Eddie Montgomery and Troy Gentry‘s crew for the last 20 years. To recognize the amazing accomplishments, unmatched music, and unforgettable memories, Eddie Montgomery, and the band will be hitting the stage to share some of both old and new music with the fans they’ve always lovingly called “friends.”

In a statement posted to the band’s official Facebook page, Montgomery shared his feelings about returning to the road on this hallmark anniversary tour that is so close to his heart.

“I’m anxious to get back out on the road and play some new music for our friends and fans,” shared Montgomery. “Next year marks the 20th anniversary of our band – we’ve got lots to celebrate and look forward to in 2018.”

On top of announcing the tour to support the new album, the complete list of show dates were released for this emotional return to the stage for Montgomery and is the first time he will tour without the late Troy Gentry.

Right now, fans can pre-order the duo’s final album together and will receive three full songs immediately with the album being released on February 2nd, 2018.

Watch the lyric video for the lead single from the album, “Better Me,” below and read Montgomery Gentry’s full statement and tour dates in the post.