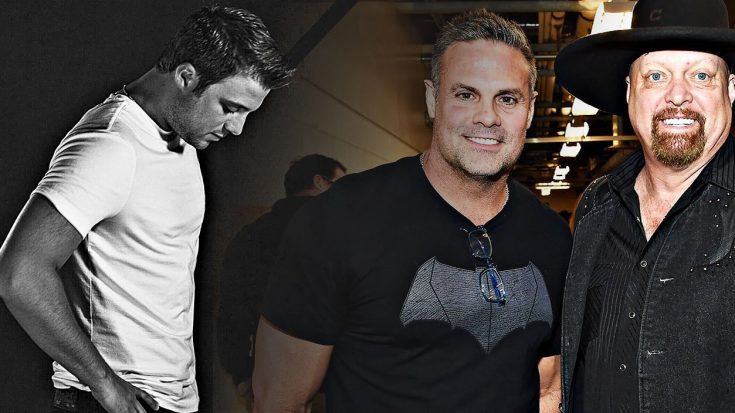 The day after the tragic death of a man who he called “family,” this young country singer gave a heartfelt and gripping tribute – dedicating his entire show to the memory of Troy Gentry.

Walker Montgomery is the nephew of Eddie Montgomery, one half of country music duo Montgomery Gentry. Because his uncle and Troy Gentry had been close friends and bandmates for more than 20 years, he says he’s grown up with Troy in his life – adding that he’s not blood, but he’s still family.

Heading up a pre-game show at the Kentucky Wildcats game this weekend, Montgomery opened up the show by speaking to the crowd about Troy and expressing how much he meant.

“It’s been a hard two days for my family and for Central Kentucky as a whole,” Montgomery said to the crowd. “If y’all don’t already know, the Gentry side of Montgomery Gentry passed away yesterday, so we’re doing this show in honor of him…”

Getting visibly choked up and taking a deep breath, Montgomery continued, “Hopefully, uh…hopefully he’s looking down and smiling right now.”

In a separate interview with LEX18 News, Montgomery opened up further about his relationship with Troy Gentry and how the devastating loss had impacted both him and his family.

“I don’t remember not knowing Troy,” Montgomery says in the video segment. “I’ve known him for 18 years, and I’m 18.”

“He was always supportive, never a mean thing to say about anybody – and every time you see him always a big ol’ hug…He’s not blood family, but he’s family.”

Gentry was tragically killed in a helicopter crash after the pilot reported an emergency on board. His band, Montgomery Gentry was scheduled to perform a concert that same night (Friday, September 8th) at the airport where the crash occurred.

Our thoughts and prayers are with all of Troy Gentry’s family and loved ones during this incredibly difficult time.

Watch Walker Montgomery’s interview with LEX18 in the video below.