By Miranda Raye on March 28, 2018
Advertisement 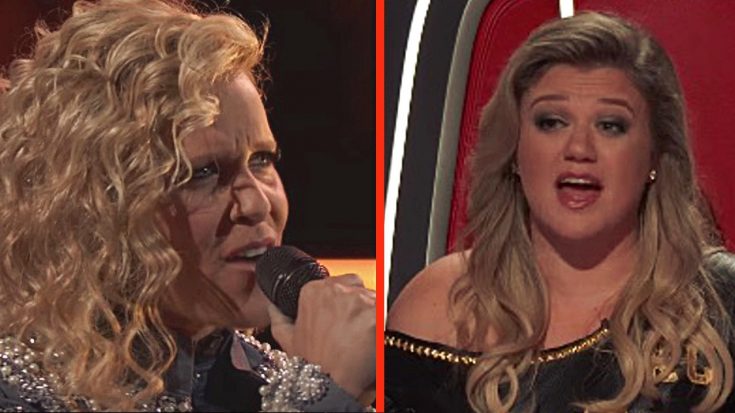 It doesn’t take long for those who tune in to The Voice to find their favorite contestants on the show. For the current season, a quick fan-favorite emerged on Kelly Clarkson‘s team…Molly Stevens.

Fans instantly felt a draw to Stevens and her unique, raspy sound. That sound was placed on full display in her battle with Justin Kilgore, which was over Cam‘s “Burning House.”

Both singers brought their A-games to the battle, leaving Clarkson with a tough choice to make. In the end, she selected Kilgore as the winner, and Stevens was sent packing.

After her battle aired, Stevens took to social media to say a few things. But those things aren’t at all what you’d expect.

In a since-deleted comment on Instagram, Stevens tore into her former coach, calling her “small minded” for comparing her to Melissa Etheridge and Indigo Girls.

Since Stevens is gay, and so is Etheridge and the Indigo Girls, she felt Clarkson was comparing her to those two artists solely for that reason.

“While I’m extremely honored to be in that category of talent I do believe that comment did us all a disservice and only threw us into a labeling trap,” she wrote. It didn’t take long for Stevens’ words to reach Clarkson, and she stepped up on Twitter to defend herself. “Wow. This really bums me out,” she started her tweet.

Clarkson then went on to point out that while she did compare Stevens to Etheridge and Indigo Girls, she also compared her to Patty Griffin, “a name that was left out conveniently,” she wrote.

She then went on to say how she likened Stevens to those singers because she sounded like them, not for any other reason.

Wow. This really bums me out. I need everyone 2 hear me & hear ALL OF THE WORDS I SAY. I compared Molly to Melissa Etheridge, Patty Griffin (a name that was left out conveniently), & the Indigo Girls purely because of the rasp in her voice & that she’s an amazing storyteller. https://t.co/Ci5fqDKzA3

After seeing Clarkson’s tweet, Stevens deleted the comment directed at her and wrote her an apology. “I’m truly sorry. I hope our paths will cross soon so I can tell you this in person,” she said.

I am so sorry to have caused any pain and hurt with anyone. Learned my lesson to not process my thoughts on social media today. Especially the day after being aired on The Voice. I’m truly sorry. I hope our paths will cross soon so I can tell you this in person.

Needless to say, Stevens’ comments caused quite a bit of outrage. Many fans of Clarkson and The Voice stepped up to defend the coach after the whole ordeal unfolded.

Now we want to hear from y’all…what are your thoughts on all this?