By Manly Bryant on April 9, 2015
Advertisement 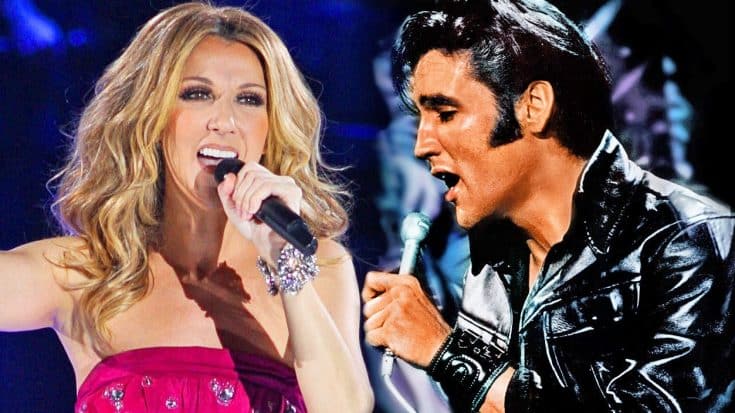 Celine Dion performing with Elvis Presley? We know, you don’t belive it’s possible! But, in light of modern technology and endless amounts of incredibly hard work, Dion was able to successfully give a live performance in 2007 on Fox’s hit show American Idol with the The King himself! Sorta.

A team was able to recreate the captivating image of Elvis in what is called “rotoscoping”, essentially using prior footage of a person and pulling them from the past footage to bring to a present setting.

It was through this successful concept that Dion and Presley were able to give the audience of American Idol a seemingly impossible performance before their very eyes. While the image of Presley was nothing more than a transported clip from the past, this brilliant process brought together two gifted musicians for a duet that, at one point, was left to the mere imagination.

It was said that Dion was instructed to rehearse the performance with a double that replicated Presley’s movements from the film, allowing for Dion to acquire a rough on how much spacing she would be allowed.

While the technical aspects were left to the professionals, we can’t deny that this was definitely a perfromance to remember, leaving others hopeful for more future holographic duets with late artists to come!

Check out the unforgettable performance below!