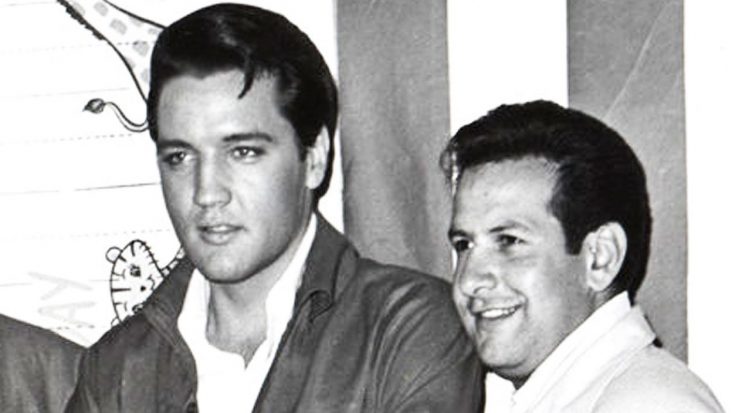 For 20 years, there was one man who always stood by Elvis Presley‘s side. That man was Joe Esposito, who not only was Elvis’ road manager, but one of his closest friends.

After Elvis passed away, Joe did all he could to keep his friend’s legacy alive. He appeared at many conventions in “The King’s” honor, and also served as a consultant for documentaries about him.

On Wednesday (November 23), Joe passed away in his home in Calabasas, California at the age of 78. His daughter Cindy Bahr confirmed the news, saying he passed away due to complications of dementia.

Joe met Elvis in 1959, while both of them were serving in the Army in Germany. A friendship quickly blossomed, and Joe became Elvis’ right-hand man from that moment on.

As Elvis’ road manager, Joe was in charge of seeing to Elvis’ every need on tour. Joe spoke to The Las Vegas Sun about their friendship in 2007, saying that they “did everything together.”

After Elvis died, Joe served as one of the pallbearers at his funeral. He went on to tell the story of Elvis’ life and career in a number of books, including Remember Elvis, and Elvis Intimate and Rare.

Joe remained forever grateful to Elvis for everything he had done for him. Speaking to The Las Vegas Sun in 2010, he said, “He was my best friend. I’m always reminded of him, whenever I hear a song or his name or the title of a show somewhere. It amazes me, still. I’ve had a hell of a life because of him.”

Elvis and Joe were so close that Joe served as “The King’s” best man during his wedding to Priscilla Beaulieu in 1967. Even after Elvis and Priscilla divorced, she maintained a close relationship with Joe and his family. When she heard the news of Joe’s passing, Priscilla shared a heartfelt post on Facebook about him.

“Joe has been a true friend of mine since I met him in Germany with Elvis,” she wrote. “I will forever have a soft spot for him and will feel a profound emptiness, as we shared stories only he and I could share.“

I’m so sad to hear my dear friend, Joe Esposito,has passed. Joe has been a true friend of mine since I met him in…

Joe is survived by his daughter Cindy, daughter Debbi, son Anthony, brother Frank, sister Phyllis, and his three grandchildren. Our thoughts and prayers go out to his family during this sad time.