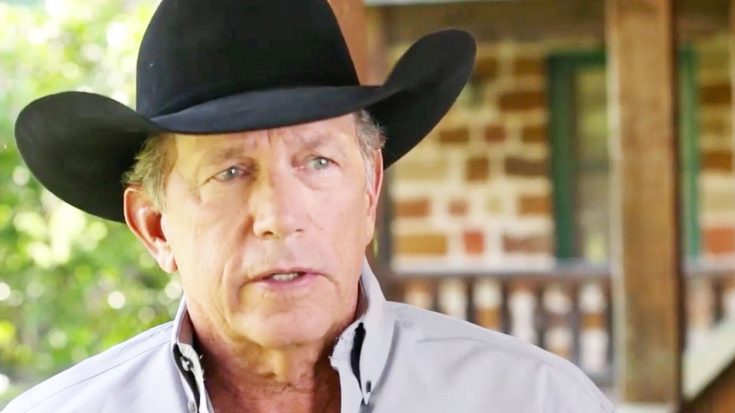 After Hurricane Harvey hit Texas, George Strait was one of the first country stars to jump into action. As a native Texan, Strait has friends and family in the areas that were affected by the storm.

On Tuesday (September 5), it was revealed that Strait will be participating in a special benefit concert to raise funds for Harvey relief efforts. Called Hand in Hand: A Benefit For Hurricane Harvey Relief, the concert will feature performances from four different locations: New York City, Los Angeles, Nashville, and San Antonio.

Strait will be performing in San Antonio along with Miranda Lambert, Chris Stapleton, Robert Earl Keen, and Lyle Lovett. Since the benefit concert will only air for an hour on TV, fans won’t get the chance to see all of the performances that take place at all of the locations.

Tickets to Strait’s San Antonio show sold out the same day they went on sale, with ticket prices running between $500-$1000, according to ABC 12 News out of San Antonio. All proceeds raised from ticket sales will go toward the Rebuild Texas Fund.

During an interview with NBC 4 News out of San Antonio, Strait explained the reasons why he felt compelled to help his fellow Texans. An emotional Strait talked about how “helpless” he felt seeing all of the devastation that Harvey caused:

“Seeing all this happen and being personally affected by it myself, along with many friends in Houston, and Rockport, Aransas Pass, Port A, and all these different communities down there where I have friends and some family. It’s just, you know, you kind of feel helpless.”

Wanting to change that feeling, Strait decided to act. He was determined to help out his home state in any way he could, and that’s how he came to be involved in the benefit concert.

“This was a way I thought maybe I could do some good and raise some money to help those people and see if we can’t get everybody back on their feet again,” he said.

You can watch Strait’s entire interview below. We tip our hats to him for stepping up to help in a great time of need. Our prayers remain with all who were affected by Harvey.

George Strait on why he decided to help victims of Harvey.
(Video courtesy: Cavender Auto Family)