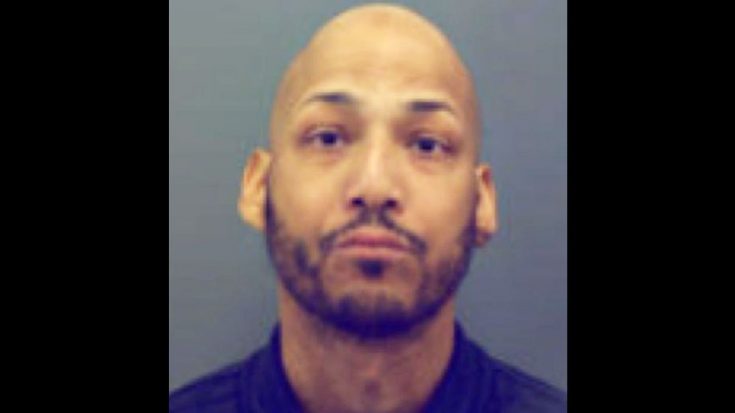 The 43-year-old man was arrested after officials responded to a report of a shooting at the residence early Friday morning (December 16th).

According to a new report by the El Paso Times, Lamar Barry Andrews was transported to jail after officers sorted out exactly what happened.

The Horizon City, Texas resident was taken into custody on Friday morning after allegedly pulling out a Colt .45 and shooting a television in front of his significant other. Police also state that the shot came as a result of a fight started over a country music video that was playing on the television.

Andrews was charged with one count of deadly conduct after the incident.

“When officers arrived at the scene, they met with the female complainant who said that her significant other had discharged his Colt .45 handgun into her television resulting from a heated discussion over a country song video that was playing at the time.” Police Chief Mike McConnell revealed in a statement.

Police have not confirmed which country music video sparked this bizarre fight, nor which artist it was from.

No people were injured during the incident, and according to records, police discovered a matching bullet lodged in a fence outside the home.

It remains unclear if Andrews has posted bond or remains in custody at this time.

Apparently, shooting out a television isn’t new and according to many sources, Elvis shot up his own TV when he didn’t like what was on it!

Watch the video below of Kurt Russell giving a fine example of Elvis’ TV-shooting!