For First Time Ever, Eric Church Refrains From Including Opening Acts On Tour

By Miranda Raye on August 10, 2016
Advertisement 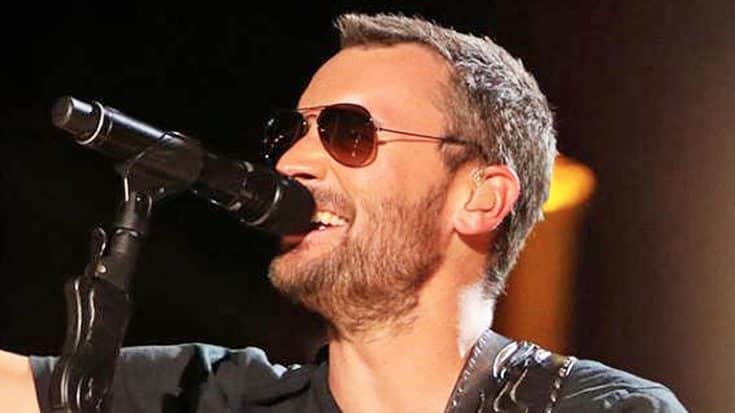 It’s a common practice for big concert headliners to invite one, two, or even three of their fellow artists to join them on stage as opening acts. These opening acts help pump up the crowd for when the headliner takes the stage, and also get much-needed exposure as many are up-and-coming artists.

For country artists, it’s a huge sign that you’ve made it in the business when you’re able to headline your own tour. Like so many artists before him, Eric Church was one of those who made the transition from opening act to headliner.

When Church first kicked off his career as an artist, he toured with major stars such as Brad Paisley and Rascal Flatts. He also co-headlined Kenny Chesney‘s No Shoes Nation Tour, which featured the Zac Brown Band and the Eli Young Band as opening acts.

Church is now used to being a headlining artist, and invited Maren Morris to serve as his opening act for his performance at the Red Rocks Park and Amphitheatre on Tuesday night (August 9). He had a big announcement to share with his fans that night, which was broadcast on social media through Facebook Live…he’s already got a tour planned for 2017!

Called the Holdin’ My Own Tour, Church will headline his first concert of 2017 on January 13 in Lincoln, Nebraska. The tour will take Church to almost 60 different cities and will conclude in May in Nashville.

The name of the tour is taken from a song on Church’s Mr. Misunderstood album, and is quite fitting considering some other big news he revealed about the tour. Although he’s brought other artists on tour with him in the past, Church revealed that his 2017 tour will not include any opening acts.

Since the Holdin’ My Own Tour won’t have any artists opening for Church, he will play two sets during each concert with an intermission in between the two. The announcement was a surprising one to fans, but we have no doubt that Church can “hold his own” on tour.

Members of Church’s fan club were able to register for pre-sale tickets on Tuesday night, and registration continues through August 23rd. While you wait to snatch your own tickets to Church’s 2017 tour, listen to the song that inspired its name in the clip below.

What do you think about Church’s decision to not include any opening acts on his tour? Let us know in the comments!