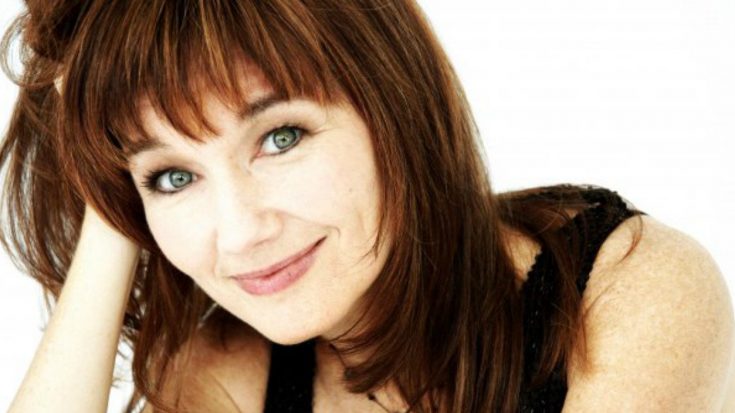 Just a few weeks ago, the country music community learned that Lari White had been diagnosed with peritoneal cancer. At the time of the announcement, the singer was undergoing chemotherapy that included use of two new drugs in an attempt to combat the disease.

“Last night Lari was admitted to a wonderful Hospice facility here in Nashville, where she has all the Care she needs to make her comfortable and quiet for this part of the Journey, and where she is completely surrounded by loving family… Chuck, the children, her sister and brother, nephew and sisters-in-law, Mother and Father,” Yvonne White wrote. “The staff is excellent: kind, caring and competent.  We are thankful, and grateful to God for the miracle of Hospice Care. Because of the way this superb program is designed,  we have been able to Be There for her…to pray, to sing, to read to her, to love on her…and each other. Her sister (an experienced Hospice Chaplain from Seattle) was able to spend the night with her. Thank you, Hospice.”

Lari’s mother added, “This Mother’s Heart is broken tonight for the horrendous illness that attacked our amazing daughter so viciously and quickly, as we know yours is, too.  But tonight this Mother’s Heart is also filled with an abundance of love and comfort…and Peace that She has so much love surrounding her, and for the gentle, competent Care of Hospice.”

Lari first got her start in country music as the winner of You Can Be A Star in 1988. In 1993 White released her debut album Lead Me Not. But it was her sophomore album Wishes that earned White three Top 10 singles, “That’s My Baby,” “Now I Know” and “That’s How You Know (You’re In Love).”

White went on to win two Grammy Awards for her participation in the 1996 “Amazing Grace” compilations album and the 1999 soundtrack to “The Apostle,” a movie starring Robert Duvall and Farrah Fawcett.

Lari White also appeared alongside Tom Hanks in Cast Away. After filming the movie, White turned her focus to raising her three children with husband Chuck Cannon, a songwriter best known for “I Love The Way You Love Me,” a song he wrote about his wife that was recorded by John Michael Montgomery.

In 2017, White marked the end of her career as a homeschooling mom and celebrated the 25th anniversary of her country music career, making the timing perfect for a new project.

White went back into the studio to record an album unlike anything she had ever done before. She re-recorded some of her biggest country hits for an album called “Old Friends.” Then she recorded a second album, “New Loves,” full of new songs that capture White’s love of jazz and pop.

As a way to honor her country roots while sharing her eclectic musical journey, White chose to pair both albums for a double cd release. You can show your support for Lari by purchasing the album here. You can also contribute to a GoFundMe page set up to help with the expenses of her treatment by clicking here.

Our thoughts and prayers are with Lari White, her husband, children and extended family during this difficult time.

Hear Lari White sing “That’s How You Know” in the video below.