By Jennifer Pernicano on November 2, 2017
Advertisement 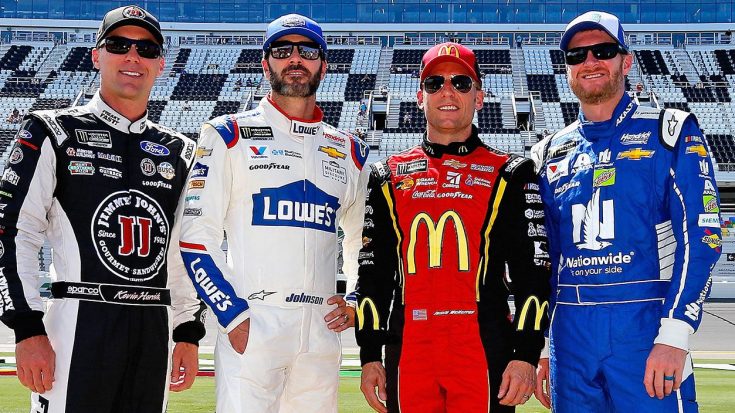 As the 51st Annual CMA Awards grow closer and closer, we are getting more hints as to what, as fans, we can expect during the live broadcast. Just the other day, there was a big announcement about the “unprecedented” lineup for the opening performance.

Now, the Country Music Association is revealing which superstars will be presenting the awards! As far as country singers go, Trisha Yearwood, Dustin Lynch, Luke Combs, Brett Young, and Lauren Alaina are all slated to present.

The No. 48 driver, who is a fan-favorite especially in his hometown of San Diego, is a seven-time Monster Energy NASCAR Cup Series champ and has won the award for Driver of the Year five times.

NASCAR and country music go hand-in-hand, so it’s no surprise that they got one of the most popular drivers to present an award. We know we can’t wait to see him at the show, what about you? Let us know in the comments section which presenter you’re most excited to see.

The 51st Annual CMA Awards will be held at Bridgestone Arena in Nashville, Tennessee on Wednesday, November 8. Watch a trailer for the awards show below.

It lives inside all of us. It makes us feel alive. The heart of Country Music. #CMAawards