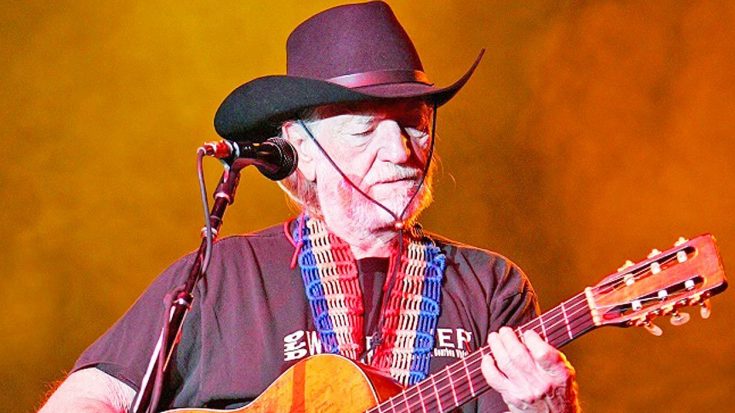 With his 84th birthday coming up, Willie Nelson is one of the oldest living legends in country music. He has remained active as a recorder and performer, and has spent most of 2017 on tour.

However, Nelson was forced to cancel a handful of shows in January and February due to what was then an undisclosed illness. Nelson’s publicist eventually spoke up, revealing that Nelson’s illness was “just a cold.“

Over the course of the past two months, Nelson has managed to keep up with all of his tour dates as scheduled. His rep stated that despite the rumors swirling around his health, Nelson is “perfectly fine.“

But now fans are becoming concerned after Nelson left the stage in the middle of his concert on Saturday (April 22) in New Braunfels, Texas. Brendan Meyer of Guide Live was at the concert that night and described it by saying, “it was beautiful, and it was sad.“

According to Meyer, Nelson started playing his hit song “Whiskey River” but didn’t seem to know the words. Once he finished the song he set down his guitar and walked off stage, leaving his band to continue on without him.

Meyer noted that there was a tour bus parked close to the stage after Nelson disappeared. His band kept on playing until he finally returned several minutes later.

After he returned, Meyer said that Nelson quickly churned out all of his hits, some of them more than once:

“Willie played ‘Whiskey River’ twice. Same thing with ‘Good Hearted Woman.’ He talked through many of his songs. It didn’t seem like there was a set list, just Willie playing and his band trying to keep up.”

Even though Nelson had to pause the show and messed up some of his songs, his fans didn’t seem to mind. “We were just happy to see Willie, even though it wasn’t the Willie that most fans had seen many times before, or the Willie they’ll remember,” wrote Meyer.

As of press time, Nelson’s team has not made a statement about his temporary absence at the New Braunfels show. There has been no change to his tour schedule, and his next show is scheduled for Tuesday (April 25) in Phoenix, Arizona.

Nelson is also set to release his new album, God’s Problem Child, on Friday (April 28). Watch his music video for one of the songs below.

We’re continuing to keep Nelson in our prayers.