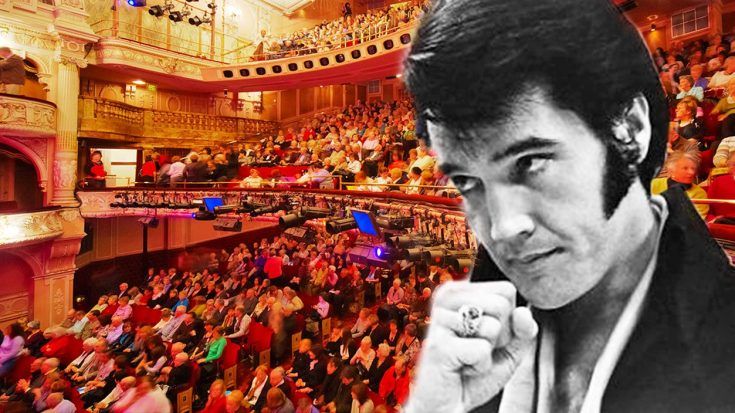 ﻿﻿Elvis Presley fans pouring into the Norwich Theatre Royal were expecting nothing but a night of quality music intended to recreate the sound and ambiance that Presley had exuded throughout his performing years. Unfortunately, their night quickly escalated into anything but what they had bargained for when a man grew angry and began to fight audience members.

Standing 6 ft. 5 in. and sporting a pair of “The King’s” iconic sunglasses, the “burly” man began to stand before the second row during the performance, not only blocking the view for those sitting behind him but quickly growing angry with those who voiced their discontent with the man’s action. According to Express, the man attempted to punch an elderly man sitting the row behind him, as others quickly jumped in to address the angry fan. The encounter continued to turn violent, as Susan Bartram of Long Stratton, Norfolk explained the chaos to the publication. “After he tried to punch the man next to my husband, someone grabbed his hands and then he punched the bloke in front of him,” she explained.

She continued to describe the stressful encounter, explaining that members from at least 4 rows back had intervened with the man that was, at this point, attacking those around him.

Margaret Gibbs, of New Costessey, Norwich was baffled, saying, “At one point it looked like he had his hands around someone’s throat.” The spokesperson so the said theatre later addressed that the unruly man had “medical issues” and had become “disoriented”.

Needless to say, this “Jailhouse Rock” incident definitely had these fans “All Shook Up”.