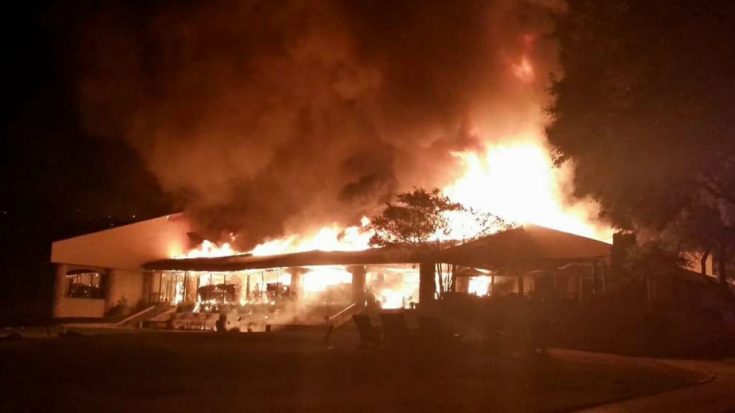 Two weeks ago the clubhouse at the Tapatio Springs Hill County Resort in Boerne, Texas, was destroyed by fire. The resort, partially owned by the country star George Strait, suffered $5 million in damage after an electrical fire started in the clubhouse attic and burned the venue to the ground on November 4.

About 30 people were in the building when the fire broke out and all were evacuated safely. The popular event and meeting venue shut down indefinitely while the future of the resort was decided. General Manager Caleb Dubose spoke to local media last week and revealed that the clubhouse will be rebuilt and it will be bigger and better than before.

“We want to be one of the best clubhouses,” Dubose said. He says the plans include expanding the square footage of the building, taking advantage of the beautiful views and more modern décor.

The project is estimated to cost more than $10 million and is expected to take roughly 16 months to complete.

George Strait, who partnered with entrepreneur Tom P. Cusick Jr. to purchase the property in 2011, has yet to comment on the fire.

See the footage of the stunning Tapatio Springs Hill County Resort in the video below.