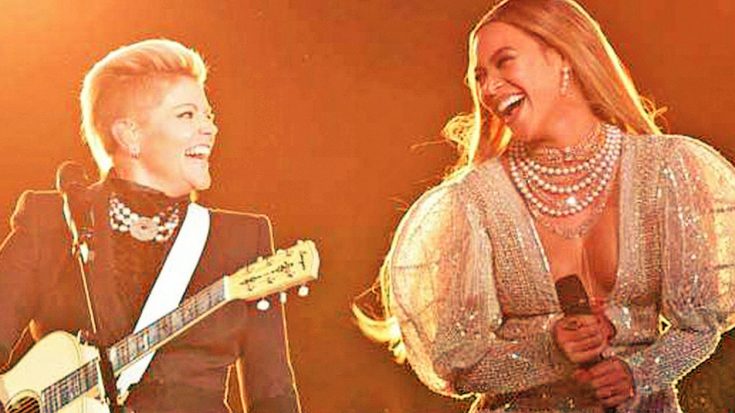 Beyoncé’s appearance and big number during the 50th CMA Awards with country music band The Dixie Chicks was sure one to cause a mass of uproar from upset fans and country music entertainers that strongly felt her appearance was out of place. Country star Travis Tritt was a prominent voice heard throughout the walls of Twitter, when he tweeted, “I love honest to God country music and feel the need to stand up for it at all costs. We don’t need pop or rap artists to validate us,” amongst a variety of other heated opinions.

It seems that another performer in particular is singling the popular moment out, calling the performance “confusing” and voiced her disagreement with “Queen B’s” dance moves and risqué wardrobe choice.

“People couldn’t even grasp the beautiful message of that song, you know, she’s like, thrusting her hips and popping her butt. Country people, I don’t even think they do that!”

Beyoncé and the country music trio chose to perform a mashup of the pop star’s hit “Daddy Lessons” and the country song “Long Time Gone”, turning their event into a brigade of flashy lights and high energy.

While Renae did receive a large amount of backlash and criticism herself, the singer was also greeted with various viewers who agreed with her brutally honest opinion.

What the video below and tell us what you think. Do you agree?

So LaPorsha Renae sounded off on Beyonces appearance at the CMA Awards pic.twitter.com/dwDCkbaTmv