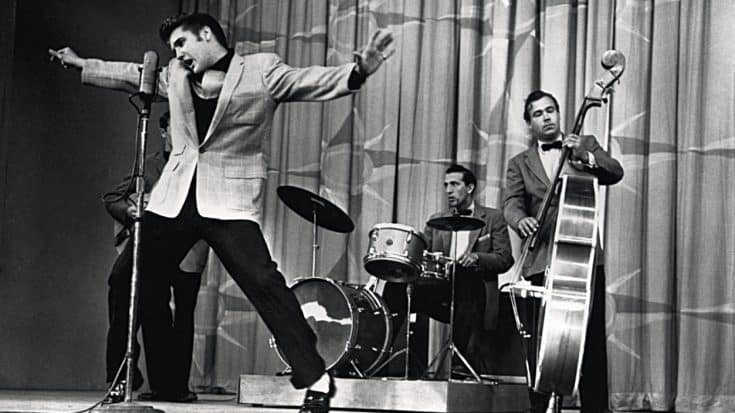 On October 2, 1954 a nineteen year old Elvis Presley made his debut on the illustrious Grand Ole Opry stage. However, the outcome wasn’t what he anticipated.

He showed off his new high-energy, rockabilly song, “Blue Moon of Kentucky”, but the crowd wasn’t impressed. This “new-age” genre was not something popular for the time, and Presley was just ahead of his time. It was reported that one of the officials suggested he not quit his day job driving trucks…. So Presley swore then that he would never return. That was his first and last time performing on the Opry stage.

In the end it was Presley who got the last laugh, becoming one of the biggest music icons of all time. Deemed The King of Rock n’ Roll, he became the Opry’s biggest competitor with his own live radio show Louisiana Hayride.

His success was almost insurmountable. Fast-forward 58 years and his daughter Lisa Marie made her very own Grand Ole Opry debut. She joked about her father on stage, and talks about that moment in the brief interview below.