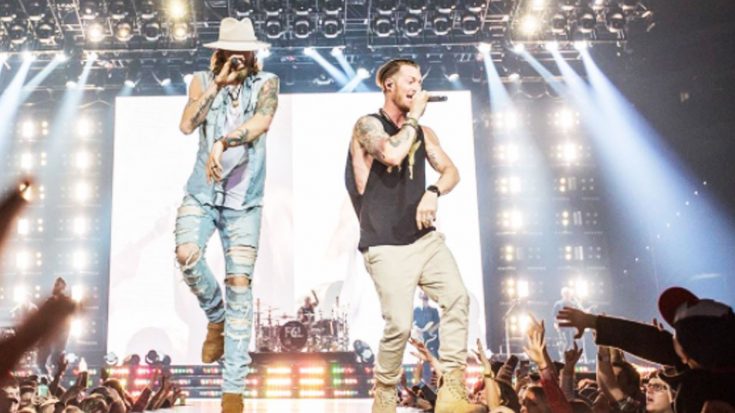 Known for often pushing the limits for what is considered country music, Florida Georgia Line often keeps quiet on their criticizers saying their music isn’t actually country. One half of the hit-making duo, Tyler Hubbard, is finally opening up on his thoughts on where country music is headed.

“I think of all genres of music country music evolves very quickly and I think that’s a beautiful thing,” Hubbard shared with Big Machine. “I think it’s been fun to watch from the 70s to the 80s and all the way to where we’re at now, to watch this thing evolve and watch country music change almost yearly in a good way, in a growth type of way.”

The country singer – who recently took the ACM Awards by storm with FGL’s performance of their most recent single “God, Your Mama, and Me” with the Backstreet Boys – also went to comment on how, while the genre now appears to be vastly male-dominated, there was a point of time where that wasn’t the case.

“Yes, there was the years where it seemed like a lot of male influence in country, a lot of male artists, but there’s also been years where there’s tons of female artists and not many males,” said Hubbard. “So it naturally, organically always changes and mixes things up and I think it’s beautiful to see a lot of young artists coming up, a lot of younger females that are really making their own sounds and creating their own path and doing big things in country.”

Hubbard predicts that up-and-coming female artists such as Kelsea Ballerini, Maren Morris, and Lauren Alaina are the future of country music, soon to take over the airwaves with superstars Miranda Lambert and Carrie Underwood leading the pack.

So what do you think? Do you agree with him? Let us know in the comments!