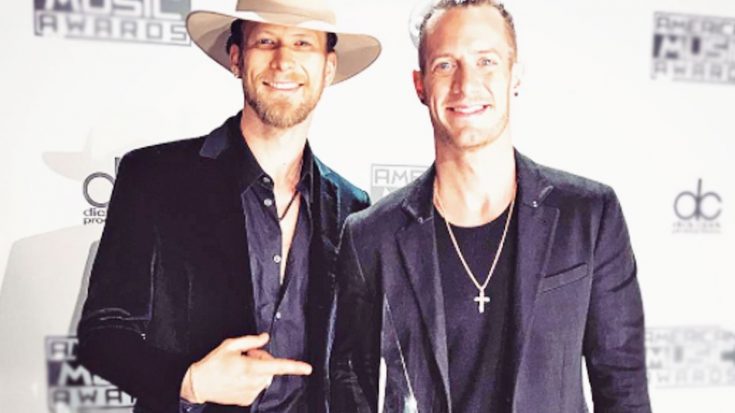 “I’ve done a lot of thinking and praying about this for the last few days and think it’s time for me to take a break…” was the last we heard from Florida Georgia Line’s Tyler Hubbard online before his break-up with social media in July. After four long months of viral silence, Hubbard is finally opening up on his decision to separate himself from the online world.

Hubbard made the decision to take an indefinite break from all forms of social media following the realization he was spending a “ridiculous” amount of time on each post. The singer realized that all the time he was spending with his hands and eyes glued to his phone would be time better spent on things that “really matter.”

“I just took a little time off,” Hubbard said in a recent radio interview according to CMT. “I was really spending a ton of time on my phones doing this. I was like, ‘Look, there’s a lot more things I should be doing than sitting here doing this right now.’”

The “H.O.L.Y.” singer goes on to say that while he’ll most likely log back in, he’s been really enjoying his time away, explaining, he’s “much more productive” now. While fans may not get posts from the man himself, you can catch occasional glimpses of Hubbard from wife Hayley as well as his dog Harley, who has accumulated over 32K followers on Instagram.

Can't believe mom and dad got to meet @jiffpom the other night. #jiffpom #iheartfestival #FOMO

So what do you think? Is it time for him to come back? Let us know in the comments and be sure to watch FGL’s latest music video for “May We All” below!