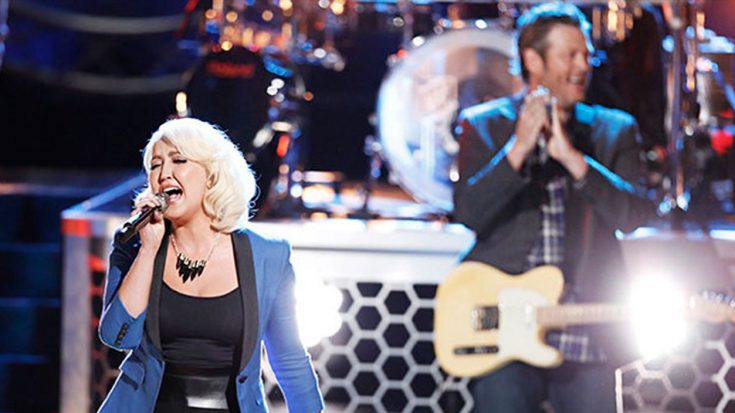 Appearing on The Voice in 2015 and landing the admirable spot as runner up to Sawyer Fredericks in Season 8, Meghan Linsey‘s initial audition snagged her the attention of every coach but country star Blake Shelton. Although finding her place on Team Pharrell, it was Shelton that saved the contestant by claiming her talent amidst a lost battle round that could have potentially booted the singer from the competition.

Linsey sat down with PEOPLE to talk about her personal experience with Shelton, melting the hearts of fans when she confirmed that the crooner is the real deal! “He has a lot of heart and you see it in the way that he treats people,” she fondly spoke of Shelton. “I think it’s cool to see people that are that successful that are down to earth, and still treat people like they’re equal.”

The singer also described Shelton as “grounded”, adding that it is beyond refreshing to meet someone with such starpower that is able to blend in a crowd and disconnect from his fame. With Shelton’s happy-go-lucky spirit and constant humor on the show, it’s no surprise this star lives up to our expectations! You rock, Blake!

You can watch their epic performance below to reminisce in Linsey’s unforgettable talent!