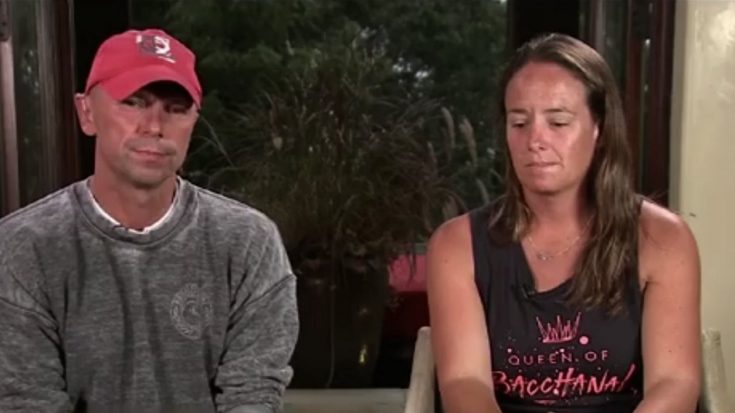 Last week, Hurricane Irma tore through the U.S. Virgin Islands killing at least 38 people and leaving many of the islands’ residents without their homes. One of the many homes destroyed by the Category 5 storm belongs to country singer Kenny Chesney who owns a home on St. John.

On Tuesday, Kenny spoke with CNN’s Anderson Cooper about the destruction and the people of the island that have grown to mean so much to him.

“It’s hard to put it into words, because I have got so many memories, so many friends there, so many fabrics and pieces of my life on that island,” Chesney said. “To see that devastation and to see what it is today, when I was just there last week, is really heart breaking.”

Kenny Chesney on Irma: “It’s a lot of heartbreak. … So many emotions running through my head and through my heart” https://t.co/ywQ4DQh1Rl

Chesney, who wasn’t in St. John when the storm hit, was joined in the interview by Kate Hanna who, along with 16 others, found shelter in Chesney’s St. John home. An emotional Hanna recalled the frightening details of riding out the storm in Chesney’s laundry room.

“We thought we were in a safe spot and then the window blew in,” she said. “So, we went into the laundry room, and we had 17 of us including 5 dogs and four kids and we — some of the boys grabbed a couple mattresses and we ended up in there for about five hours with mattresses and a washing machine and dryer and five guys taking turns rotating in and out, holding up the door so that it wouldn’t blow in, results of flooding. Luckily, there was a shop vac in there that we were able to dump the water out and kind of keep it not from completely flooding.”

Chesney has vowed to help the island rebuild, but admits that it’s going to be a long process.

Kenny has already started a relief fund called Love for Love City to help his island family. “I’m gonna do everything I can to relieve some stress from people that I’ve really grown to love over the years,” he said.

Kenny Chesney plans to rebuild his island home, but not before everyone else rebuilds. In the meantime, he’s going to do what he can to help everyone affected by Hurricane Irma.

If you would like to contribute to Kenny Chesney’s Love for Love City hurricane relief fund, click here.