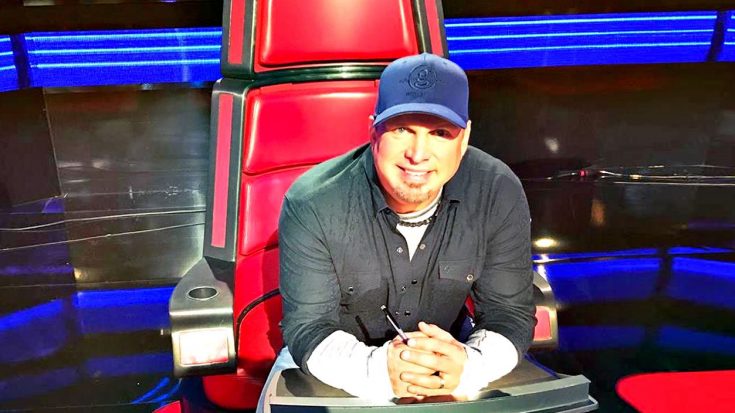 Just when you thought it couldn’t get any better, the team of ‘Voice’ coaches get a brand new helper in the form of a country music legend!

In a new post to social media, the man known for his seemingly endless string of hits – Garth Brooks – revealed that he would soon be joining the cast of coaches on this season of NBC’s The Voice as the newest advisor and mentor to all four teams!

Appearing for one night only, Brooks will be giving advice and mentoring each of the ‘Top 12’ contestants alongside their coach during some of the first LIVE episodes!

He will take his place in that red chair during his mentoring session next Monday (November 14th) and it’s sure to be one heck of a great time!

After having Faith Hill & Tim McGraw appear as Blake Shelton’s chosen team advisors, it’s thrilling to see this iconic country music sensation get his shot at helping nurture the next era of artists!