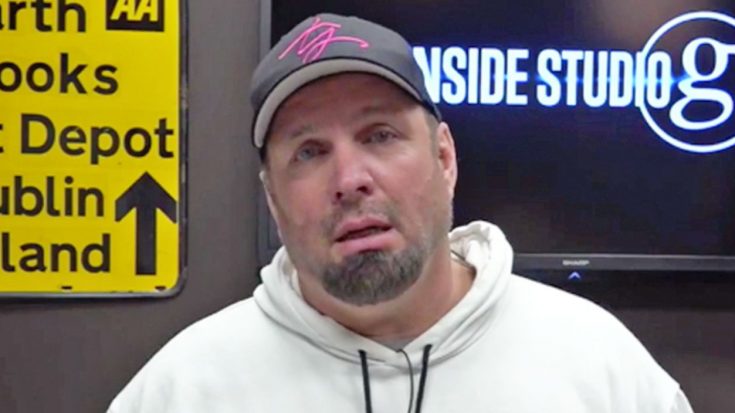 For the last three years, Garth Brooks has toured non-stop with his wife Trisha Yearwood. The first show of his Garth Brooks World Tour was in 2014, and after 383 shows, it will come to an end this December in Nashville.

Besides being his first tour in thirteen years after coming out of retirement, he broke several records including a few of his own ticket sales records and the most all-time concerts in a single tour. If tickets in a city sold out fast and he knew there was more demand, he added more shows, sometimes performing two concerts in a night to accommodate all of his fans.

While this is just the end of the North American leg of the tour, it has spanned over the course of three years, which is a long time with the same touring crew and band.

“You see me smiling but you see me kind of getting teary-eyed. It’s an emotional rollercoaster,” he told People‘s Jeremy Parsons.

“It’s been three years of your life with your best buddies out there so you’re proud of your work but at the same time you hate to see it end because this is how you become accustomed to your days,” he continued.

As this tour is winding down, rumors of retirement have surfaced, but because Brooks has already come out of retirement once before, he never wants to do it again.

“I want to do this until the day I die,” he said in an interview with Broward Palm Beach New Times. “I’m done with retiring. I spent 15 years retiring. And I never want to hear that word again come out of my mouth.”

Last year, he released a new album titled Gunslinger and recently, he released a hardcopy memory book called The Anthology Part 1, The First Five Years. It includes rare personal photos and stories from the first five years of his career. Expect to see a few more of these in the future!

Watch him get a little emotional about the upcoming end of his tour in the video below.