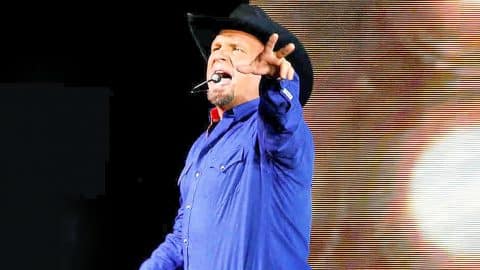 Out of Billy Joel’s immense catalog of hit songs, none is more recognizable than 1973’s “Piano Man.” Released as Joel’s first single ever, the song instantly placed him on the path to superstardom. After all of this time, it remains his signature song.

Since the song is so iconic, the Library of Congress selected it for preservation in the National Recording Registry. Songs added to the registry are selected based on their “cultural, artistic and/or historical significance to American society and the nation’s aural legacy,” and “Piano Man” has certainly been a significant American song.

Due to its popularity, the song has been covered by many others over the years, and recently a major country star decided to take it on during one of his concerts.

After coming out of retirement for good, Garth Brooks embarked on a massive world tour, and his comeback has been nothing short of remarkable. He shatters ticket sales records almost everywhere he travels, and his shows sell out so fast he constantly has to add additional tour dates.

A huge part of the reason why Brooks’ tour has been so successful is because he puts on a show like no one else. While performing to a packed crowd in Yankee Stadium in New York, which is Joel’s home state, Brooks decided to pay tribute to him with “Piano Man.”

The moment ended up being one of the highlights of the show, as Brooks sang the song with so much passion you’d swear it was his own. It’s clear the crowd loved his performance, since they too, joined in and sang along at the top of their lungs.

This performance proves why Brooks is known as one of country music’s greatest entertainers. Check it out below!

We think Brooks should make “Piano Man” a part of his regular concert set, don’t you?