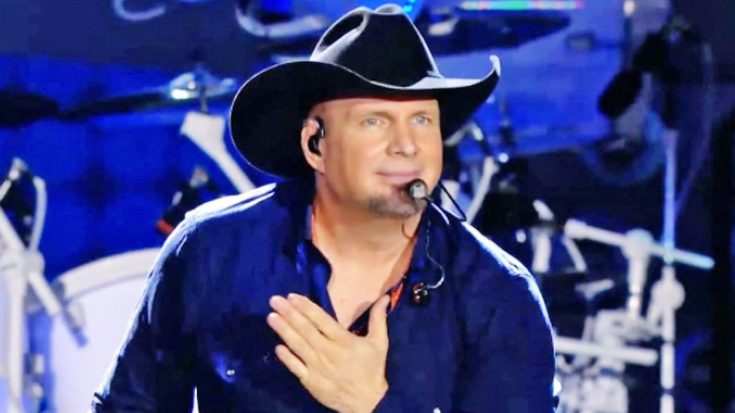 Hard to believe Garth Brooks announced his retirement back in October of 2000. Now, over 16 years later, the artist is not only one of the biggest names in country music, but music at large. After winning “Entertainer of the Year” at the 2016 CMA Awards and being named the highest-selling solo recording artist of all time, Brooks has done it again with this record-shattering announcement.

The Music Universe announced that the “Friends in Low Places” singer currently holds four albums on the Top 10 Country Album Chart with The Ultimate Collection, Christmas Together, The Ultimate Hits, as well as his newest album Gunslinger; breaking his previous record of holding the Top 3 spots back in 1992.

Gunslinger is the first album Brooks has released in 13 years after taking over a decade off to raise his children, which the country singer regards as some of the best years of his life.

“The greatest gift I’ve ever been given by God and the people is the time allotted to stay home and raise my babies,” shared Brooks on Jimmy Kimmel Live. “I’ve gotten to know my children inside and out. When I came off the road, to tell you the truth I didn’t.”

Back in 2012 he hinted that he would be making his return to the country music scene after his youngest daughter, Allie, left for college. Flash-forward two years and the Grand Ole Opry member set out on to make the comeback of the century.

What an incredible year for the such a humble artist. You can watch his interview with Jimmy Kimmel where he talks his return to country music in the video below!