Garth Brooks Releasing Project Unlike Anything Country Music Has Seen Before 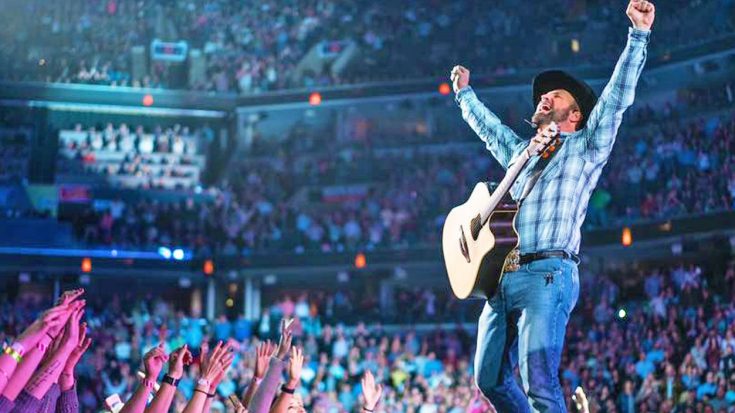 Just when we think Garth Brooks has done it all, he finds a way to show us that he still has plenty of surprises up his sleeves.

Garth announced Wednesday (September 27) that he is writing his first book. But, in true Garth style, it isn’t just any book. It’s is a 5-part book/media anthology package that will take fans deeper into his life and decades-long career than anyone has ever been before.

The first volume of the series, set to be released November 14, will cover the mega-star’s first five years in the music business from 1989 to 1993. In addition to Brooks’ recollections of that time, his longtime manager Bob Doyle, producer Allen Reynolds, songwriter Pat Alger (“Unanswered Prayers,” “Thunder Rolls”), and many more contribute to the project, sharing their insight and memories from Garth’s early career.

The 240-page book, simply titled The Anthology: Part 1, will also include more than 150 never-before-seen photos, and 5 CDs, including outtakes, first takes, demos and masters. 19 of the CD’s 52 songs are either new, unreleased or demos.

The remaining four parts of the anthology will cover the last half of the ‘90s, his live career, his comeback since coming out of retirement in 2014, and the hits “and what was going on in the world at that time and how the music affected that and how the world affected the music,” Brooks told Billboard.

Brooks also exclusively revealed to Billboard that “each part of the anthology will have its own two to two-and-a-half hour documentary, so by the time the final documentary comes out, there will be a 10-to-12 hour documentary series chronicling his career.”

Hear Garth Brooks’ first number one single, “If Tomorrow Never Comes,” from his debut self-titled album from 1989 in the video below.