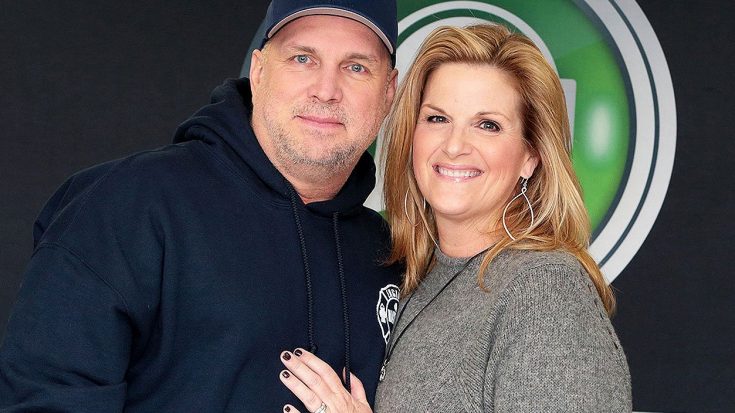 Garth Brooks and Trisha Yearwood made their Christmas album not only for their fan’s enjoyment, but for their own unbelievable purpose that speaks to parents across the board. Brooks and Yearwood have three daughters, all from Brooks’ first marriage prior to meeting the southern bombshell, that he has continued to be happily married to.

The singers have always been very outspoken on their love and appreciation for family, as Brooks often dotes on his daughters with heartwarming stories and endless public praise. It looks like the two may have just taken their pride to the next level as they revealed the main reason for their newly released Christmas album, leaving us with warmth in our hearts and tears in our eyes.

The husband and wife sat down with television hosts Kelly Ripa and Christian Slater on Live With Kelly, jumping right into their favorite holiday meals and their traditions that have continued to reign throughout the years. After heartfelt laughs and jokes, Ripa references the couple’s newly released Christmas album, Christmas Together, as she asks, “Do you listen to your own Christmas album at home?”

“We built the CD for one purpose: to decorate the tree with our girls. That’s our one tradition.” Brooks explains that due to their daughters’ ages, there tends to be moments when all of the girls are in separate locations. However, he is so adamant about decorating the tree as a family that he will allow the tree to remain “naked” until the whole family is able to come together for the annual decorating tradition.

“We have the same ornaments we’ve had their whole lives, so each one has a story, and we have music that we select for the background of that. And we cut this record for that whole intention, so this year it was fun.”

Now that we’ve wiped our tears, we must say that their reason for such an album is perhaps one of the most heartwarming we’ve heard yet. Be sure to check out the interview below!