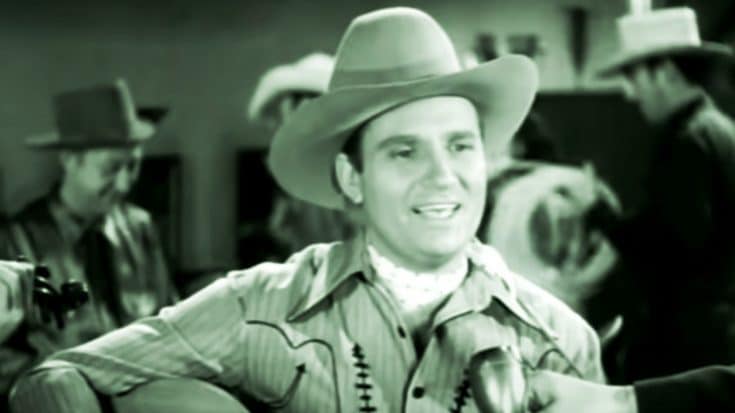 A Little History Behind A Famous Christmas Tune

Most Christmas songs date back to the 1800s, which is when one beloved Christmas classic came into this world. Called “Up on the Housetop,” the song was written by American composer Benjamin Hanby.

William Studwell wrote in The Christmas Carol Reader that “Up on the Housetop” was unique in the fact that it was the first Christmas song to focus primarily on Santa Claus.

Hanby also wrote another Christmas tune about the jolly man in red, and we’re sure you recognize it. Does “Jolly Old Saint Nicholas” ring a bell?

The “Singing Cowboy” Sings Of Santa

Artists of varying genres have recorded Hanby’s Christmas songs in the decades that have passed. But the most notable rendition of “Up on the Housetop” was recorded by a singing cowboy.

Gene Autry was no stranger to Christmas songs. His recordings of “Here Comes Santa Claus” and “Rudolph The Red-Nosed Reindeer” were hits when they were released, and remain part of many families’ Christmas soundtracks.

After experiencing success with the above mentioned tunes, Autry recorded “Up on the Housetop” and released it in 1952.

Unlike his other Christmas songs, Autry’s version of “Up on the Housetop” never charted. However, it is arguably the most recognizable version of the song out there today.

Listening to Autry sing about Santa jumping down the chimney can instantly put anyone in the Christmas spirit. Even if you’ve listened to it a hundred times already, it’s worth listening to again. Tune in to the clip below to hear it.

What kind of Christmas memories do you get when you listen to Autry’s recording of this holiday classic? We’d love to hear your stories in the comments!