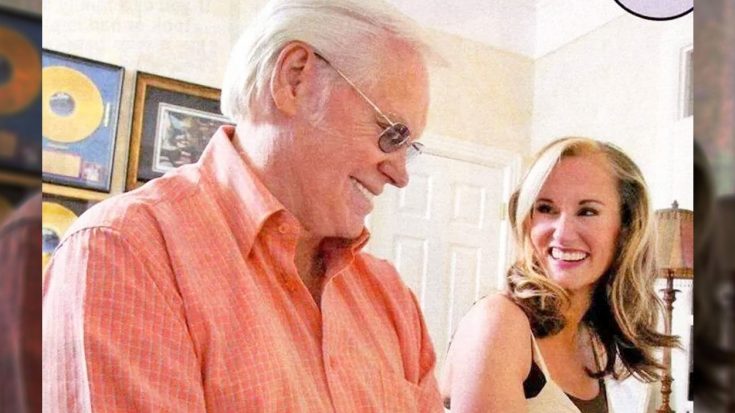 When George Jones passed away in 2013, he left behind four children. He had a daughter (Susan) with his first wife Dorothy, two sons (Jeffrey and Brian) with his second wife Shirley, and a daughter (Georgette) with third wife, country singer Tammy Wynette.

Georgette was the only child of Jones’ to pursue a career in music, but maybe it was because country music in her blood. She has often paid tribute to both of her late parents with moving performances of their hits.

On what would have been her father’s 86th birthday, Georgette took to social media to send him a heartfelt “Happy Birthday” message.

She included a photo of Jones with her twin sons, saying, “Missing him so much! I love this pic of Daddy and my boys. He was a great Grandpa. He would’ve been 86 today…..Happy birthday in Heaven, Daddy! We love and miss you each day.”

It was a very sweet birthday tribute to her father, who was clearly a very loving grandfather to her boys. Check out the tribute below.