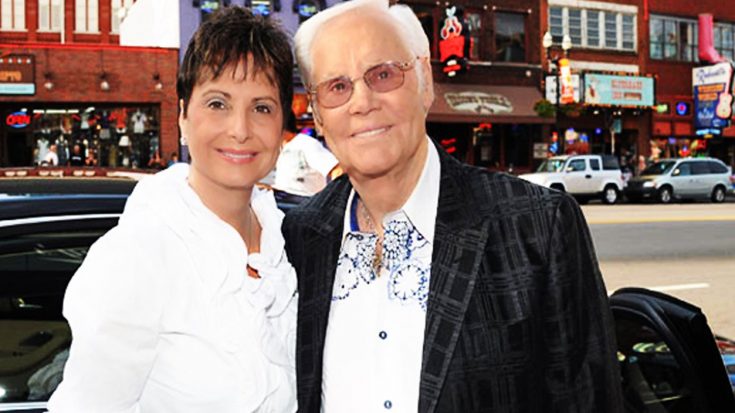 After being convicted of federal bank fraud and sentenced to more than 20 months in prison, the former manager of the George Jones Museum and major business partner sees the iconic site get sold to a new company.

Opened in 2014, the George Jones Museum was brought to life through a partnership between Nancy Jones and Kirk West. The stunning 46,000 square-foot tribute to one of country music’s unforgettable legends was truly a beacon in the heart of Nashville.

Just a short time later and West was convicted of federal charges related to bank fraud and sentenced to two years in prison along with $1 million of required restitution payments.

Now, since his departure from the venture due to these criminal convictions, a new company has purchased the entirety of the George Jones museum – and even owns the rights to George Jones‘ name!

According to The Tennessean, a Nashville investor group known as Possum Holdings LLC. has purchased the four-story museum, restaurant, and event space. In addition to the business and building, the investor group also purchased a ‘Master License’ to the George Jones name, likeness, and image.

While that may sound scary, principal partner of the group, Paul Jankowski, stated that the group is made up of investors that are dedicated to preserving Jones’ legacy.

“George Jones is one of the most iconic figures in country music history. Not only did the real estate intrigue us, but expanding the Jones legacy fueled our interest in building a world-class brand,” Jankowski said in a release.

While there is currently no purchase price available to the public, the entire sale is expected to be in the tens of millions.

Possum Holdings LLC. has also crafted a distinct entity that will focus on building out a full licensing network to grow the George Jones brand.

Watch the video tour of the amazing George Jones museum below.